Hall’s intricate, large–scale paintings and drawings respond to the artist's experiences, art history and his life in London. His recent work has shifted to explore inequalities in society, politics, the impact of Covid, social change, and his own personal history. Hall has recently been mentored by Sealy as part of Autograph and Shape Arts’ Transforming Leadership programme. They discussed the artist's work, intentions and forthcoming residency at Autograph, from March 2022.

This event was part of the public programme accompanying Studio Voltaire’s current exhibition by Wiliam Scott and was produced in collaboration with ActionSpace. 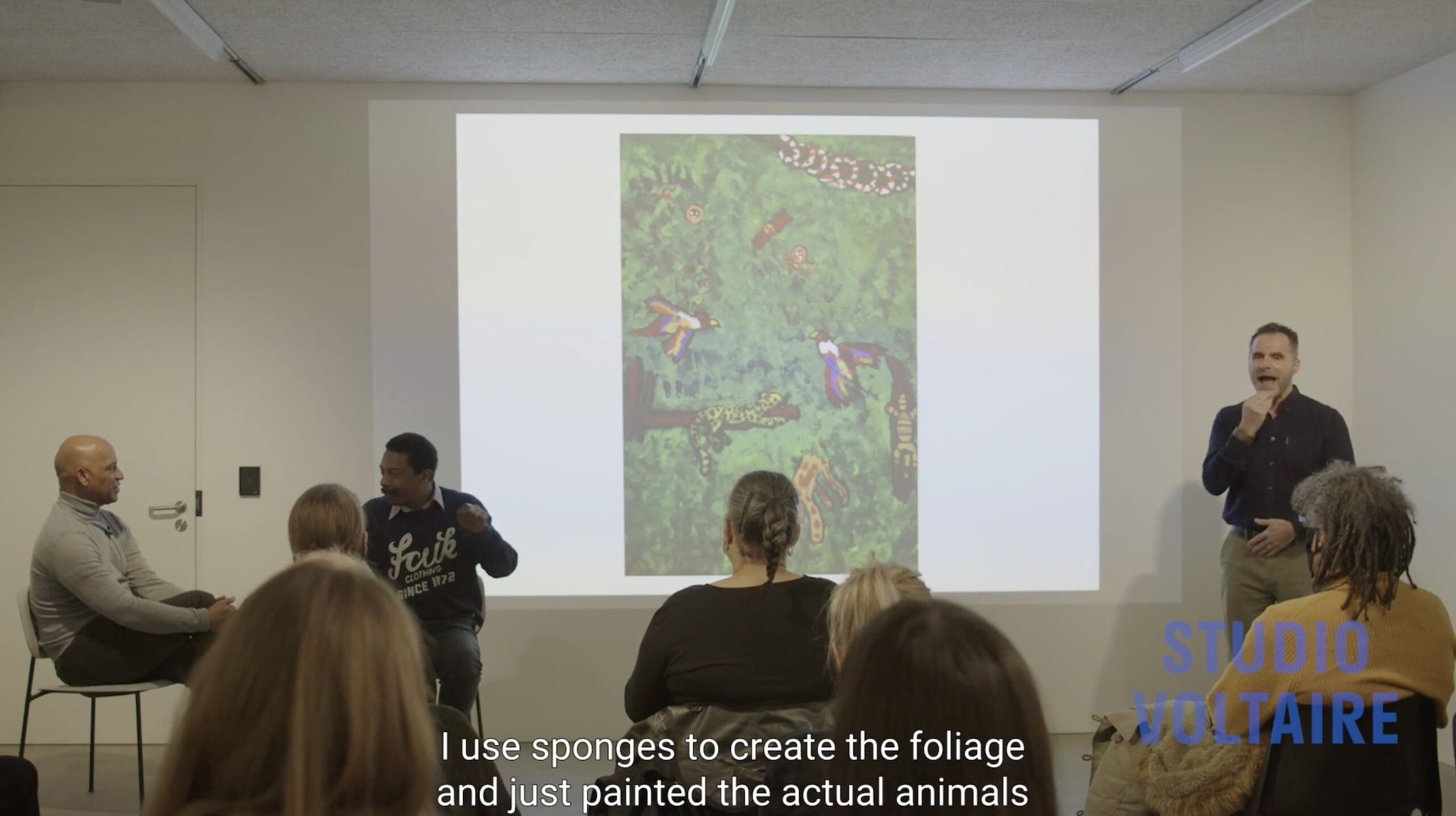