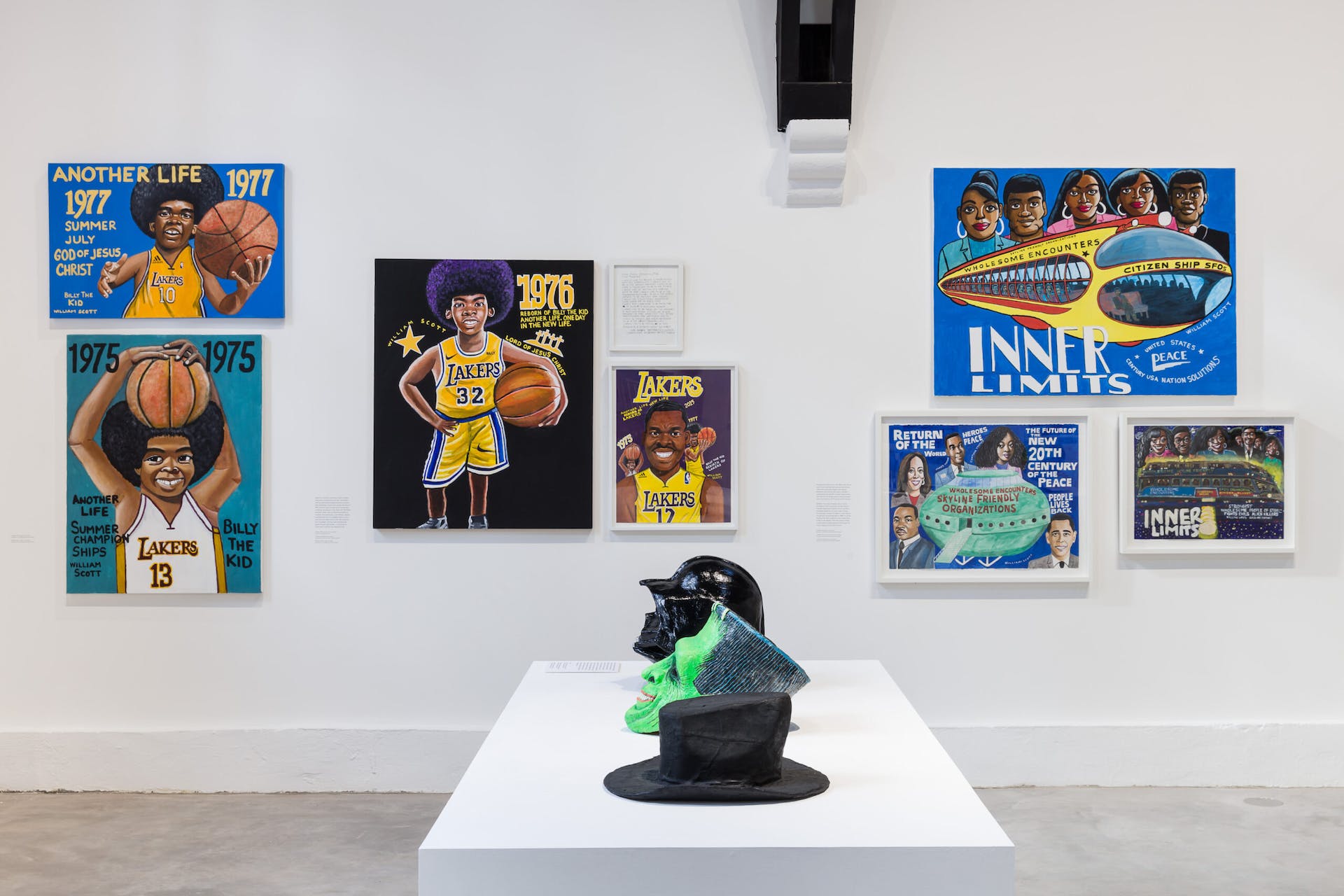 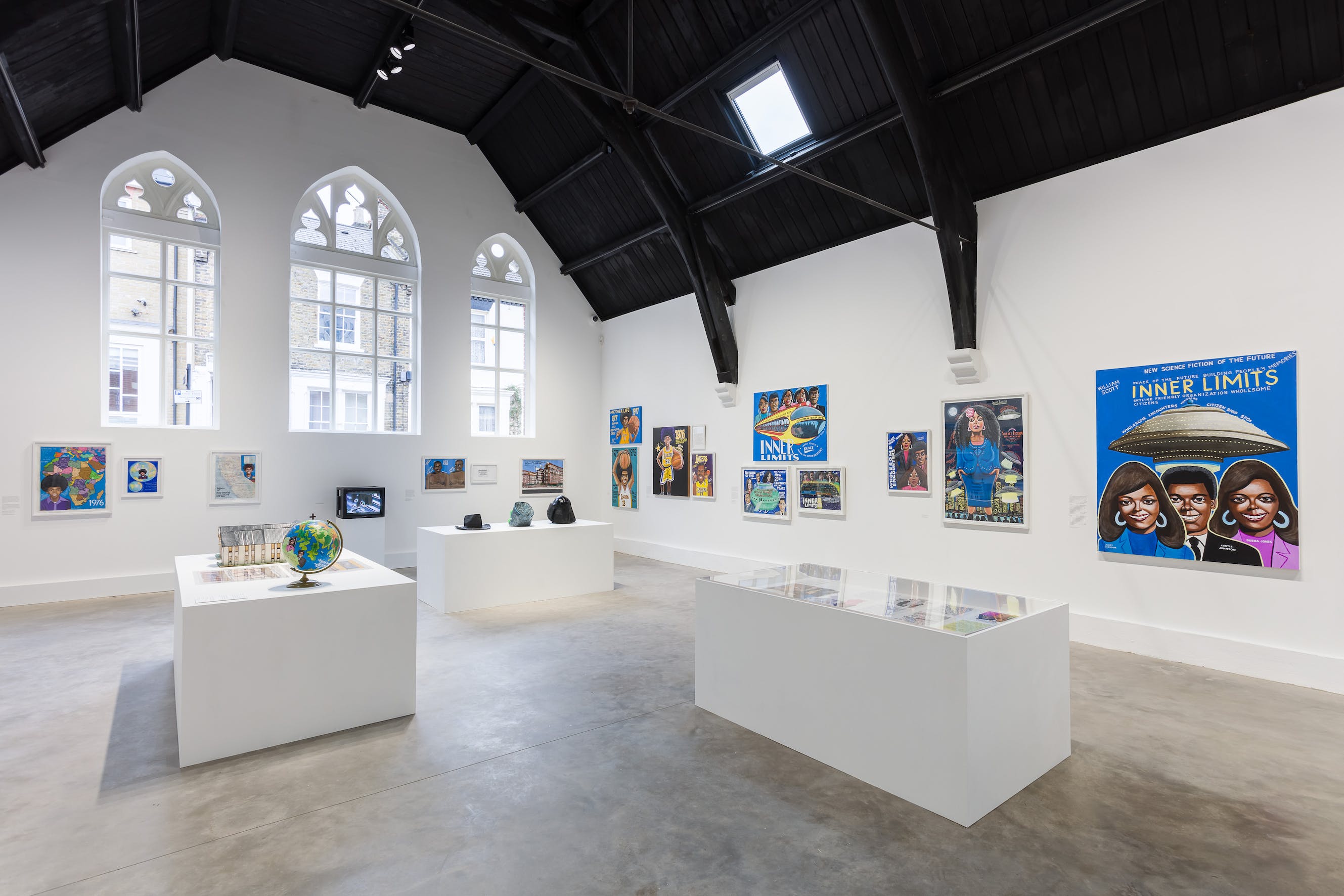 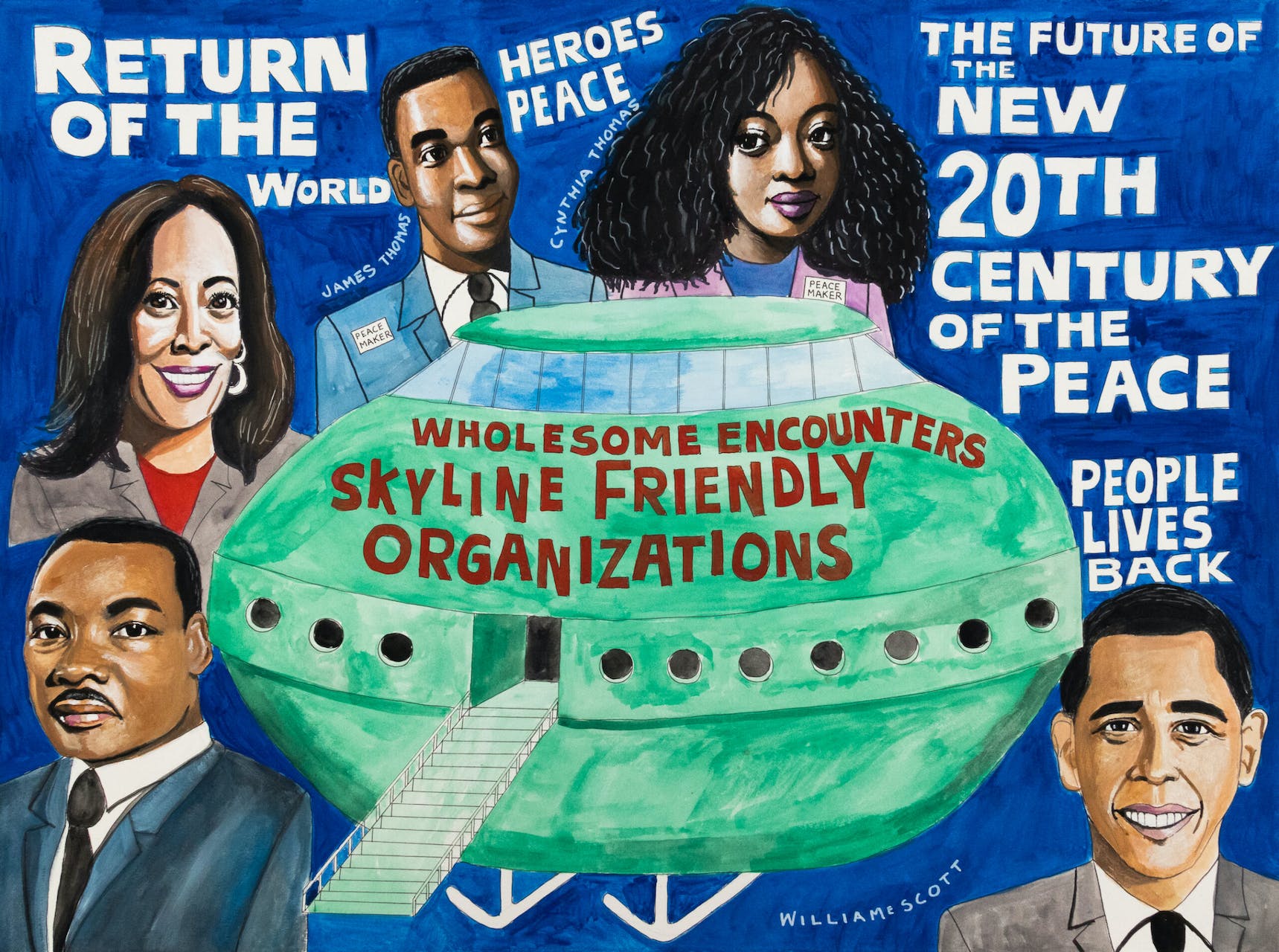 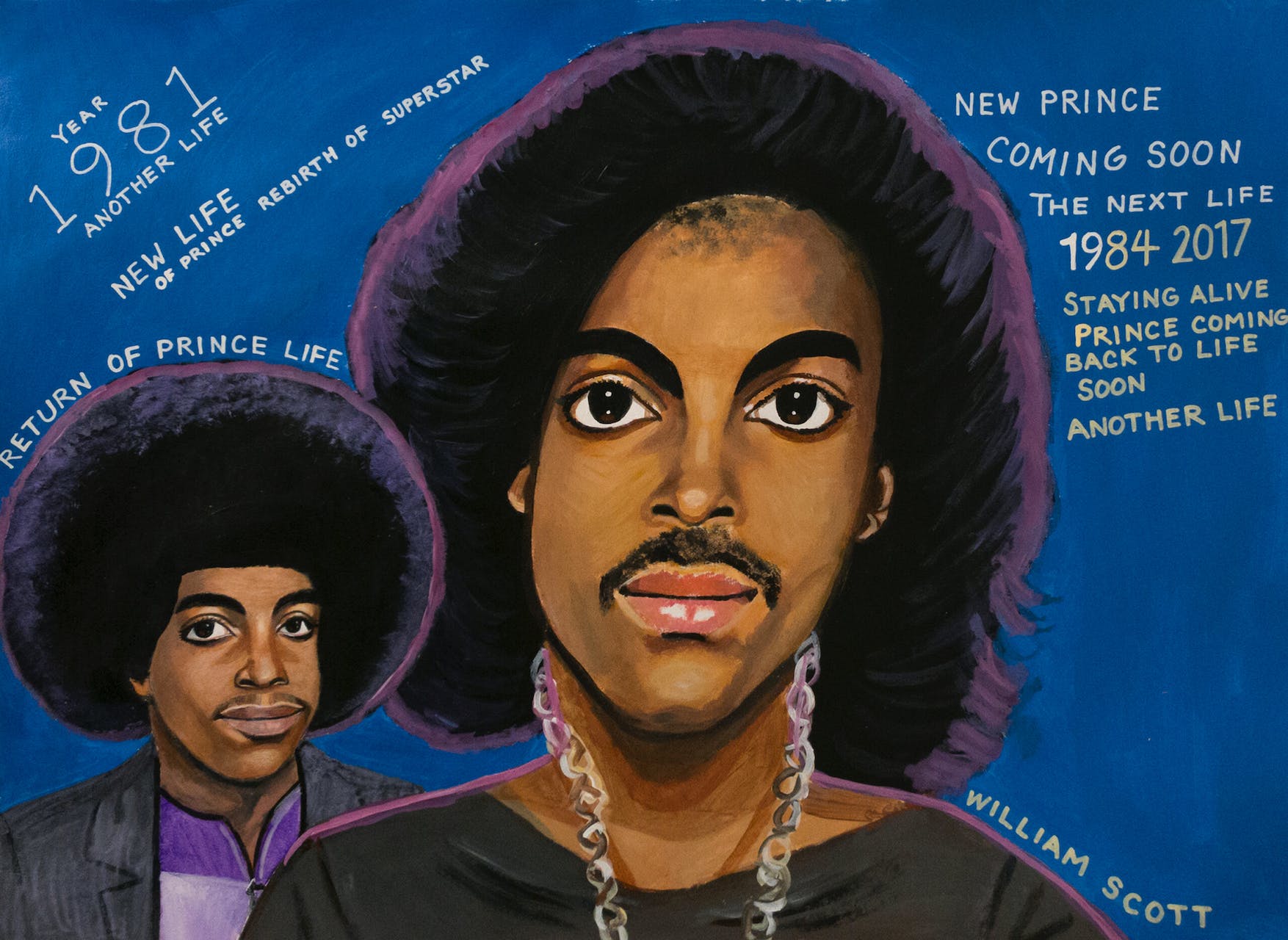 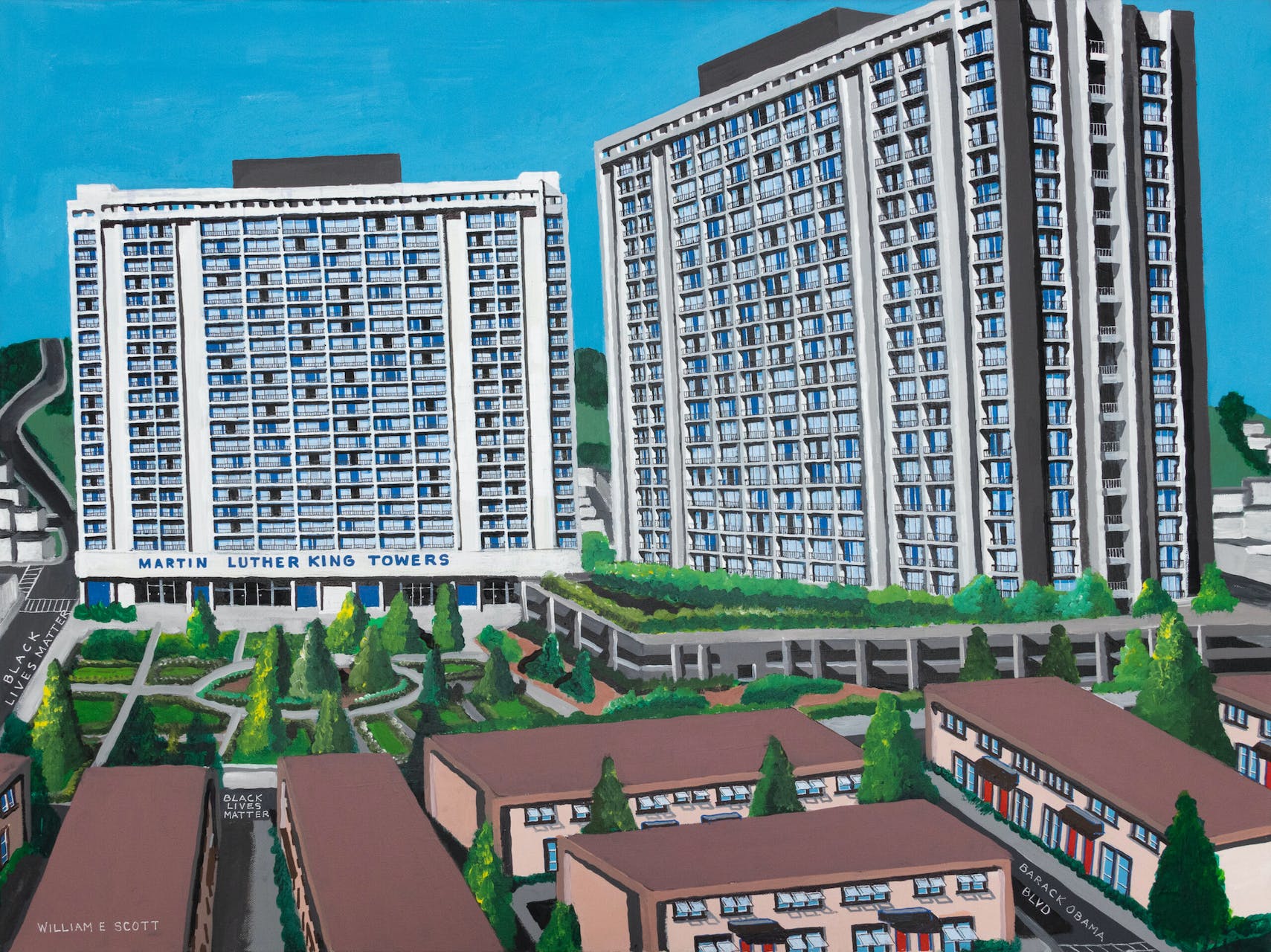 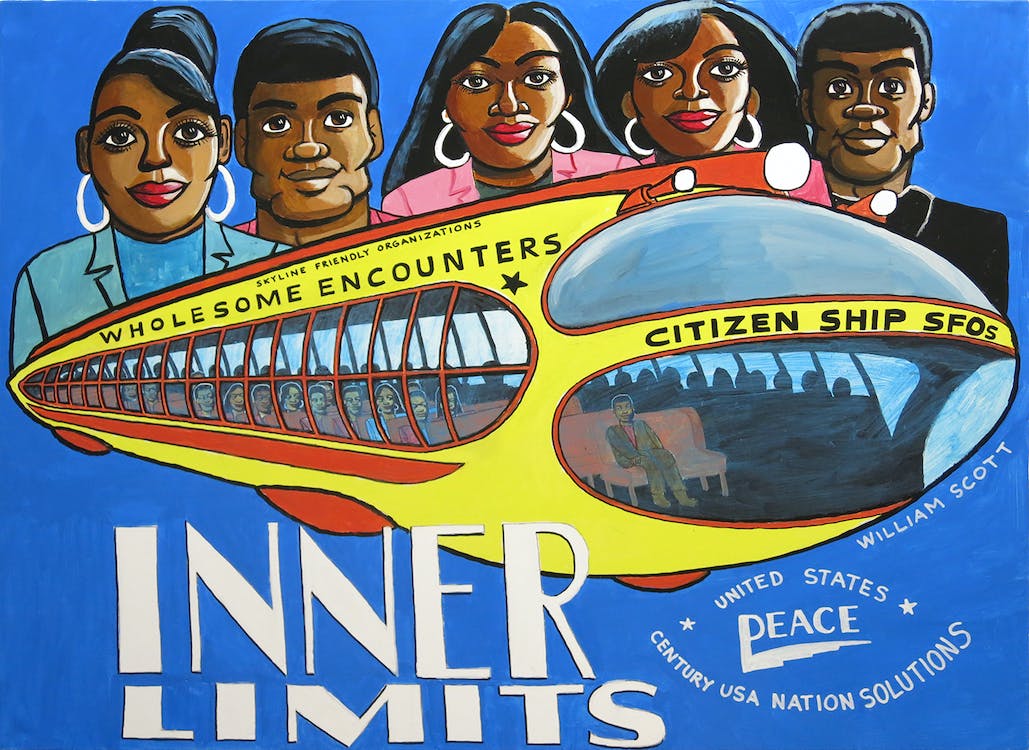 Studio Voltaire reopens with a major exhibition of William Scott – the first significant survey of the artist’s prolific 30–year practice.

While deeply rooted in personal history, Scott’s paintings address wider questions of citizenship, community and cultural memory. His portraits of predominantly black figures encompass actors, musicians, politicians and civil rights leaders – from Prince, Oprah Winfrey and Maya Angelou to Barack Obama and Kamala Harris – as well as self-portraits, family members, his neighbours and women from the Baptist church he has attended since childhood.

Scott’s works can be seen as a form of activism, eloquently describing his desire for social change. Frequently describing himself as an architect, his works reimagine the social topography of his native San Francisco, which re-emerges as the utopian ‘Praise Frisco’: a safe and gleaming neighbourhood. Scott’s alternative proposals for urban development replace penthouses with community centres and revisit the Bayview housing complexes he grew up in; reckoning with the rapid gentrification of the city.

While Scott’s works are hopeful and sincere, they equally confront loss, as well as ideas of renewal and rebirth. His long-standing series of invented Skyline Friendly Organisation ‘citizen ships’ take the form of b–movie flying saucers, designed to bring back those who have died to start a new life. His Another Life series of self–portraits explores the intersections of faith, disability and desire – often depicting a younger version of himself as athletic Los Angeles Lakers basketball star ‘Billy the Kid’ or a young man happily attending prom. For Scott, painting is a transformative as well as a documentary tool; a way to re-craft his personal narrative and even undertake extraordinary acts.

A special presentation of large–scale public realm works has been selected by Scott to complement this survey. Working with landmark sites in the area local to Studio Voltaire, including Clapham Methodist Church, the presentation will animate Studio Voltaire’s neighbourhood and provide unique moments for residents and visitors to encounter Scott’s practice in the everyday.

A comprehensive, fully illustrated new monograph will provide the first substantial overview of Scott’s practice. Including new critical writing and a wide-ranging collection of Scott’s works to date, the monograph will be published later this year as a companion to the exhibition.

Studio Voltaire has partnered with Creative Growth, a noted nonprofit in Oakland, California serving artists with disabilities, to present this exhibition. Scott has practiced at Creative Growth since 1992.

This exhibition will be the first-ever solo presentation outside of the US and will travel to Malmö Konsthall, Sweden in 2022.

This commission is supported by:
Marty Eisenberg, Ales Ortuzar, This is Clapham BID and Omni. 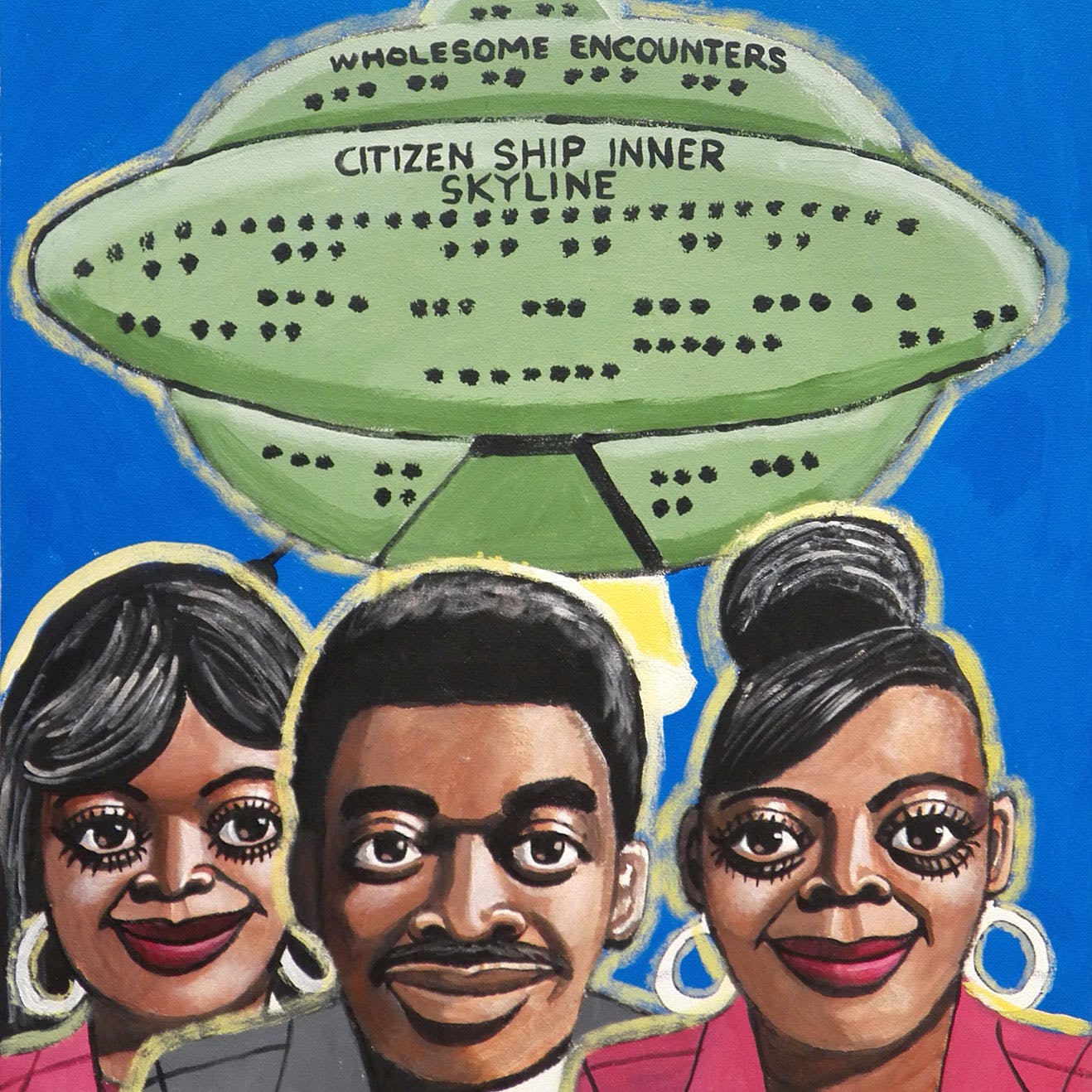