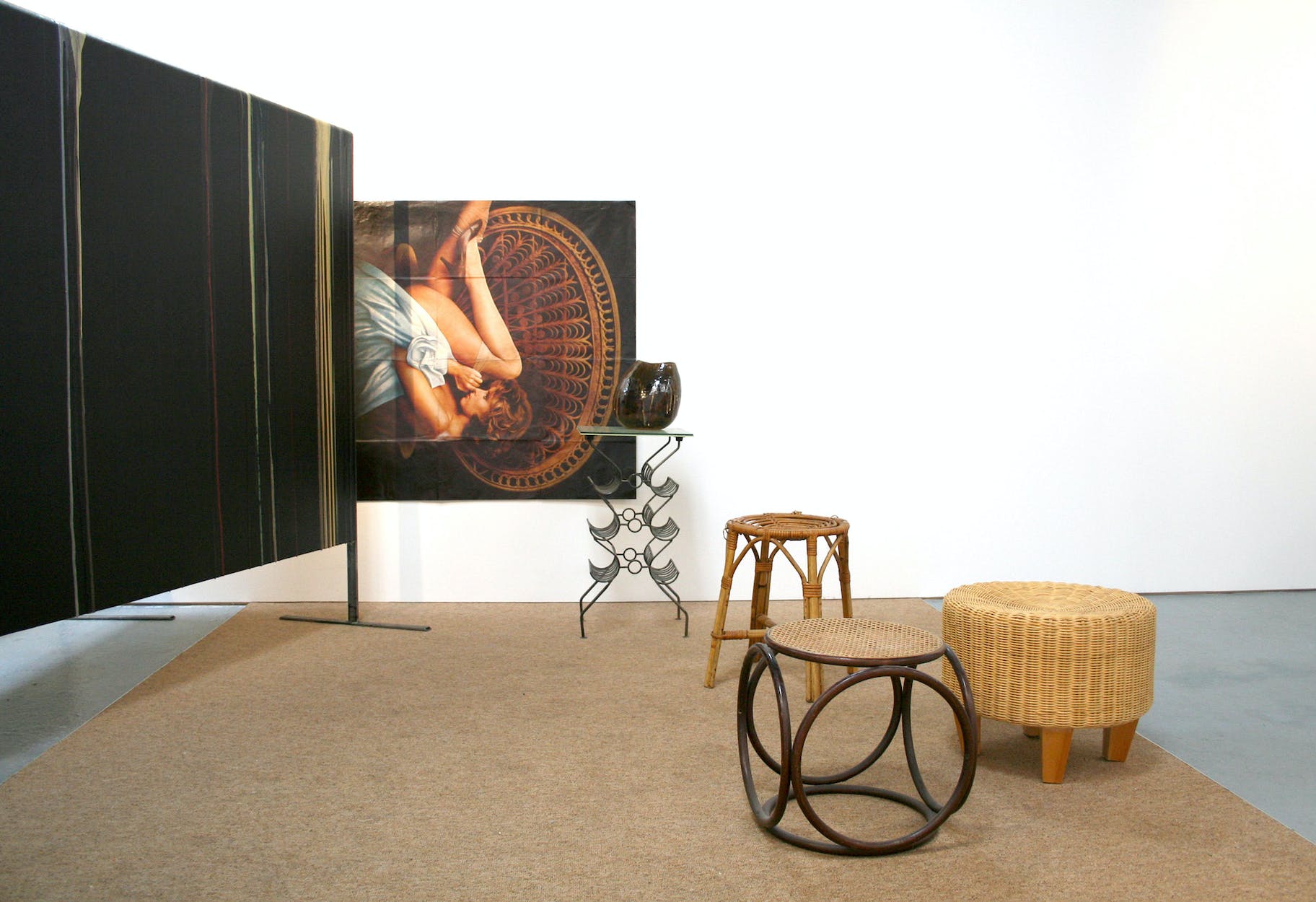 “What, in the end, makes advertisement so superior to criticism? Not what the moving red neon sign says – but the fiery pool reflecting it in the asphalt.” – Walter Benjamin, ‘One-Way Street’

“The parade has nothing to do with women, everything to do with men… Women are simply the scenery onto which men project their narcissistic fantasies.” – Laura Mulvey, ‘Visual & Other Pleasures’

With invested irony, Simon Bedwell makes drip paintings from used advertising posters, in a messy conflation of an ‘abstract’ language deconstructed to the point of bathos and the full-colour, pouting, literal end of corporate seduction. There is a melancholy to these actions, too – imminent replacement by plasma screens makes paper advertising as redundant as the flaccid, glistening gestures they’re covered with.

“The Department store is, in a sense, the poor man’s art gallery…there, people do not feel themselves measured against transcendent norms, that is, the principles of the lifestyle of a supposedly higher class, but feel free to judge freely, in the name of the legitimate arbitrariness of tastes and colour.” – Pierre Bourdieu, Distinction

How do we value the things we surround ourselves with? Women are supposed to care for things, while men–whose manliness is guaranteed by being outside, busy, working–involve themselves at the risk of revealing the vulnerability of their heterosexual masculinity. To gender a man’s space is to sexualise it; there are only simple corporate models for the (hetero) male’s interior. If display is unmanly, what things should men have around them? Conflating department stores with bachelor pads, lifestyle shops with lofts, sexual consumerism with museums, Bedwell exhibits a series of new compositions: objects found, made and adjusted, in still-life arrangements of banal yet desultory precision.

The Asphalt World is supported by the Arts and Humanities Research Council and Goldsmiths College. Simon Bedwell would like to thank The Elephant Trust for recent support.