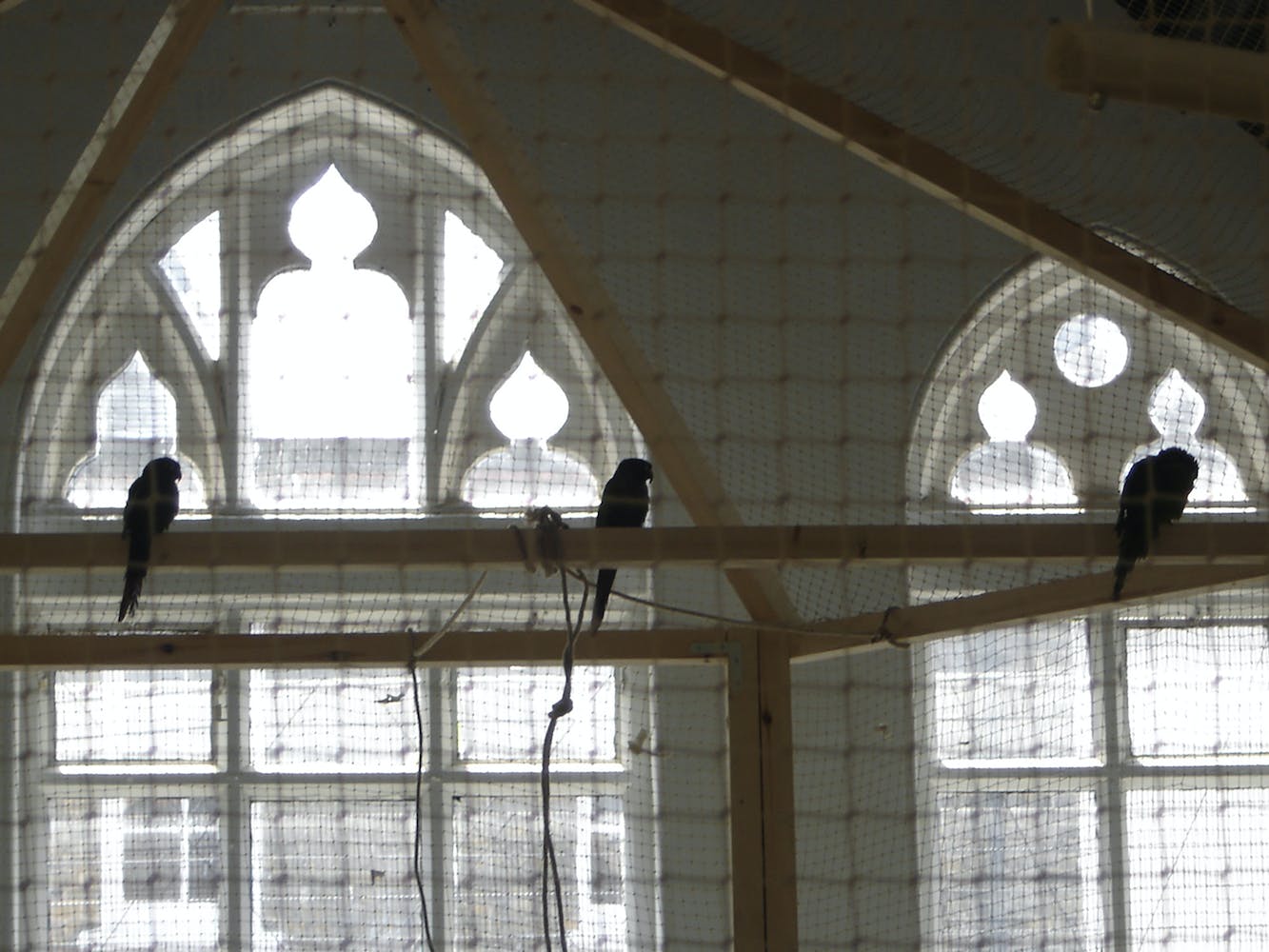 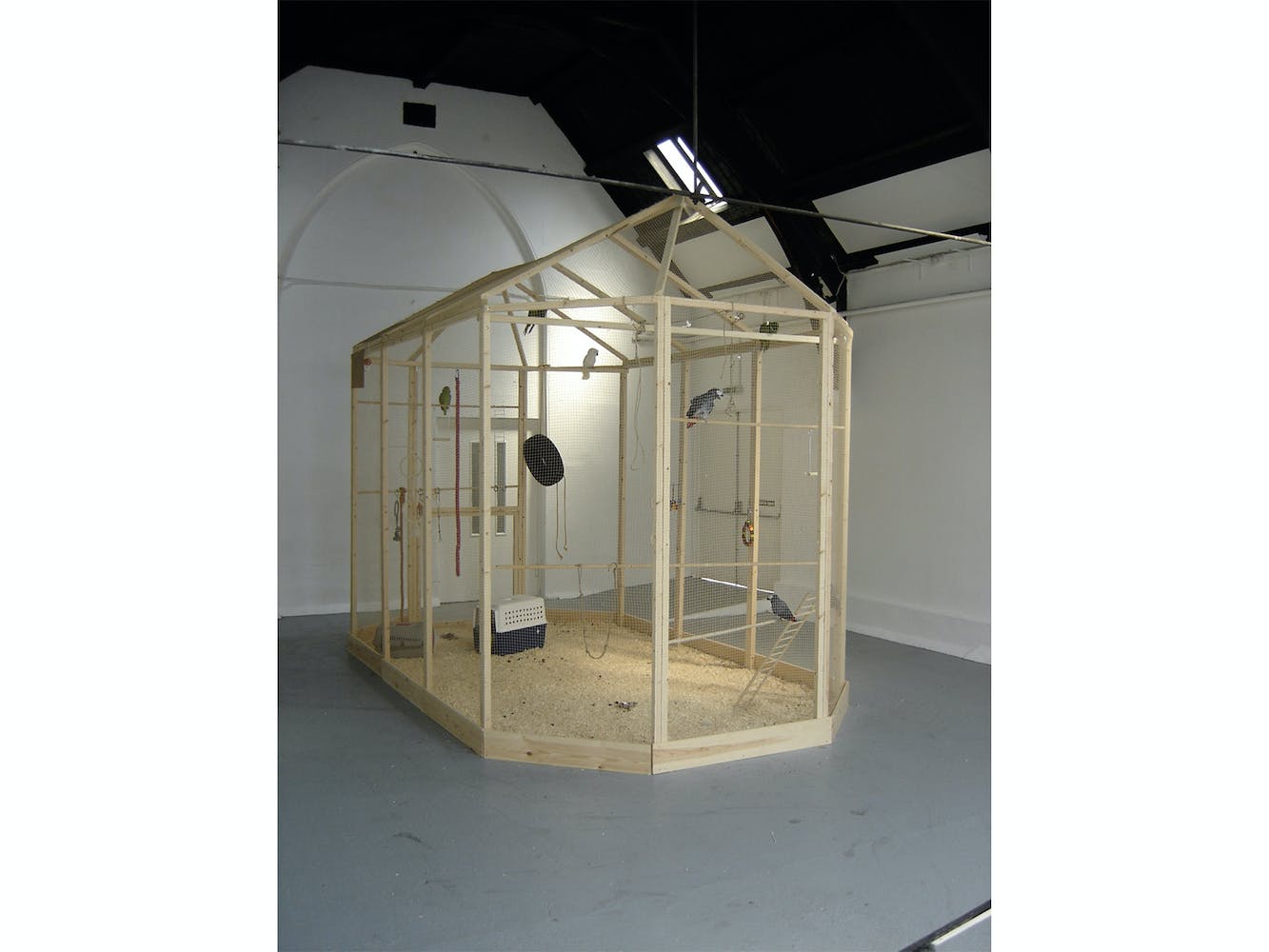 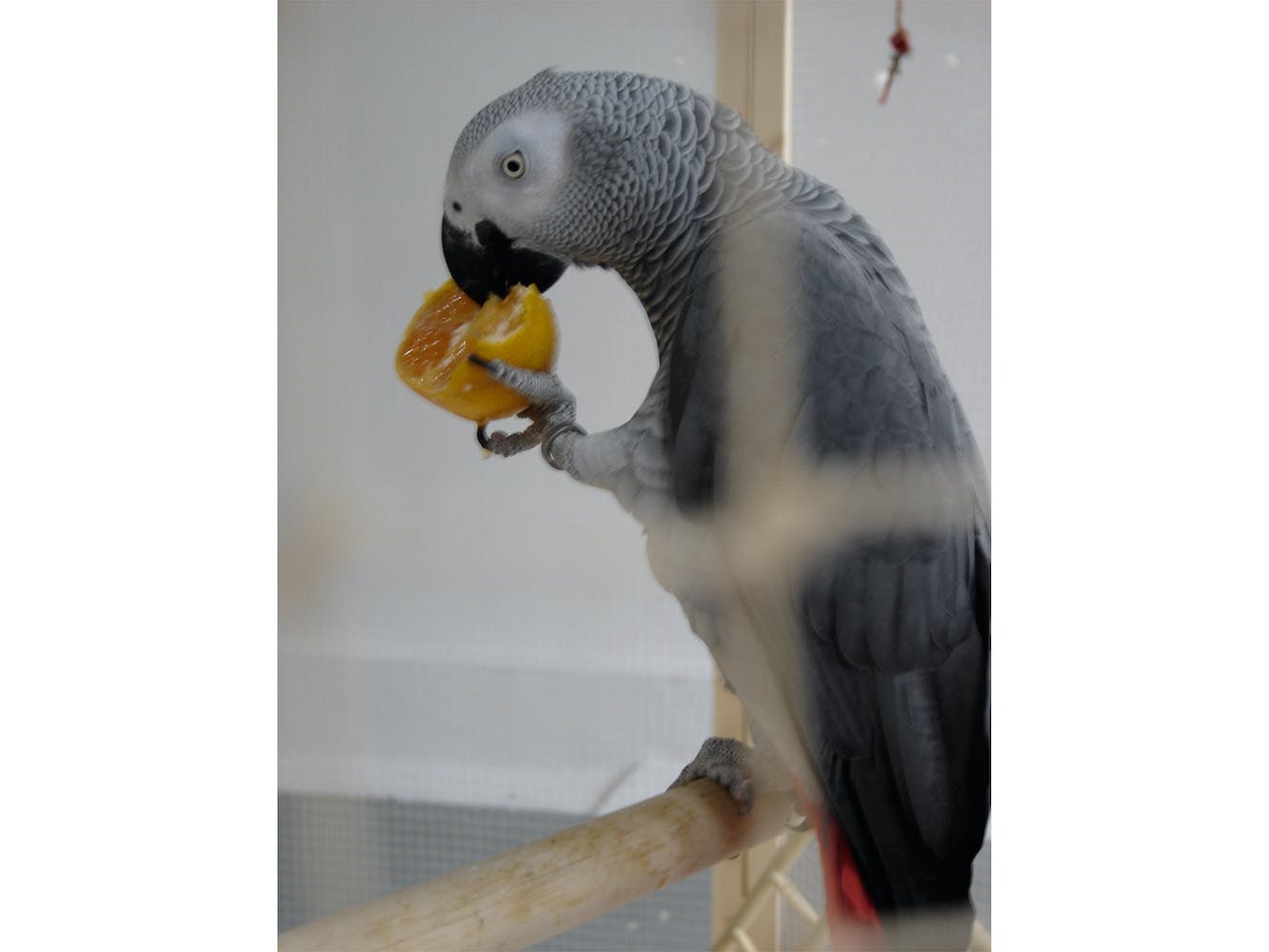 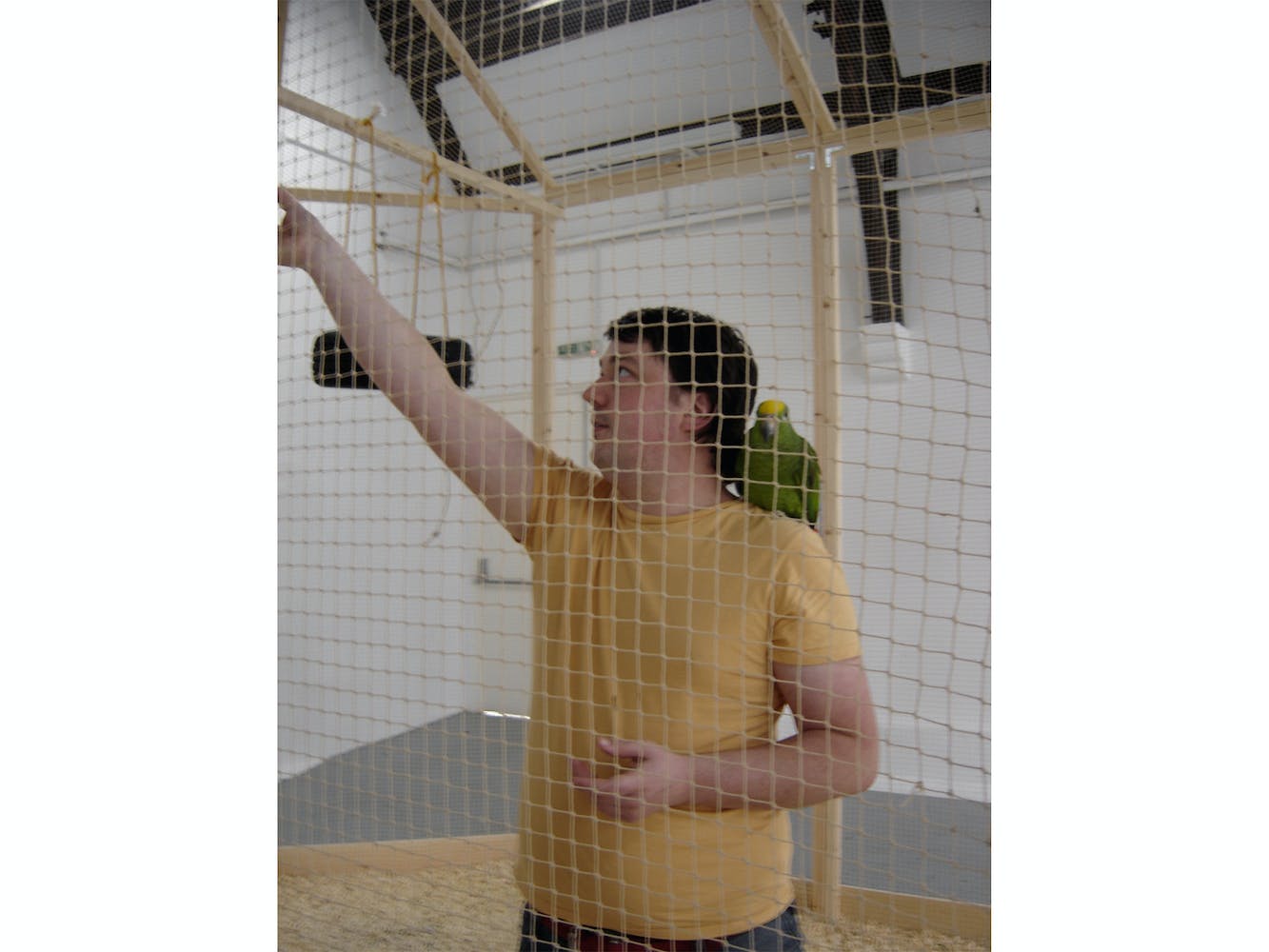 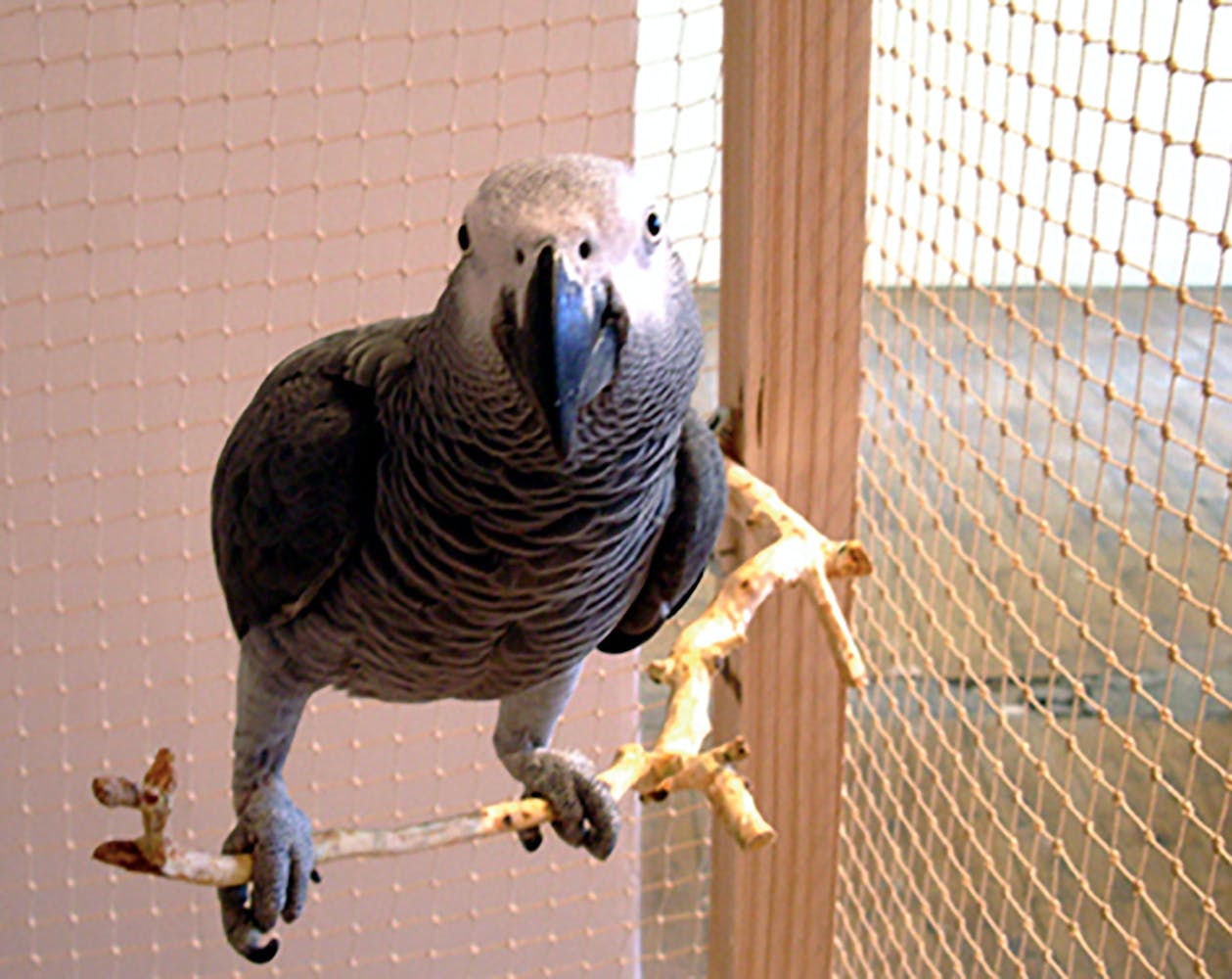 Psittaciformes Trying to Change the World

​Ruth Ewan presented work based on the possibilities of teaching words and phrases to Psittaciformes, an order of birds including parrots, amazons, cockatoos and parakeets, which are capable of mimicking the human voice. A large aviary was constructed in the gallery from which a selection of birds were encouraged to repeat slogans and chants from field recordings made during the protests surrounding the G8 summit in Gleneagles in July 2005.

Psittaciformes Trying to Change the World offers up a vision of social reform through the beak of a mimic. Ewan’s work playfully explores an interest in political idealism and questions ways in which these ideals exist under capitalism. The exhibition at Studio Voltaire also included newly commissioned work in the form of a series of drawings made by children, derived from images found in the archives of The Socialist Party’s headquarters in Clapham High Street. Often acting as modest forms of propaganda, Ewan’s projects adopt and manipulate techniques of influence and persuasion in an incongruous attempt to inspire social change. Previous projects include A Colouring Book of People Trying to Stop the War and A Jukebox of People Trying to Change the World, a collection of over 600 leftwing songs.

With special thanks to Steve Nichols and The National Parrot Sanctuary.