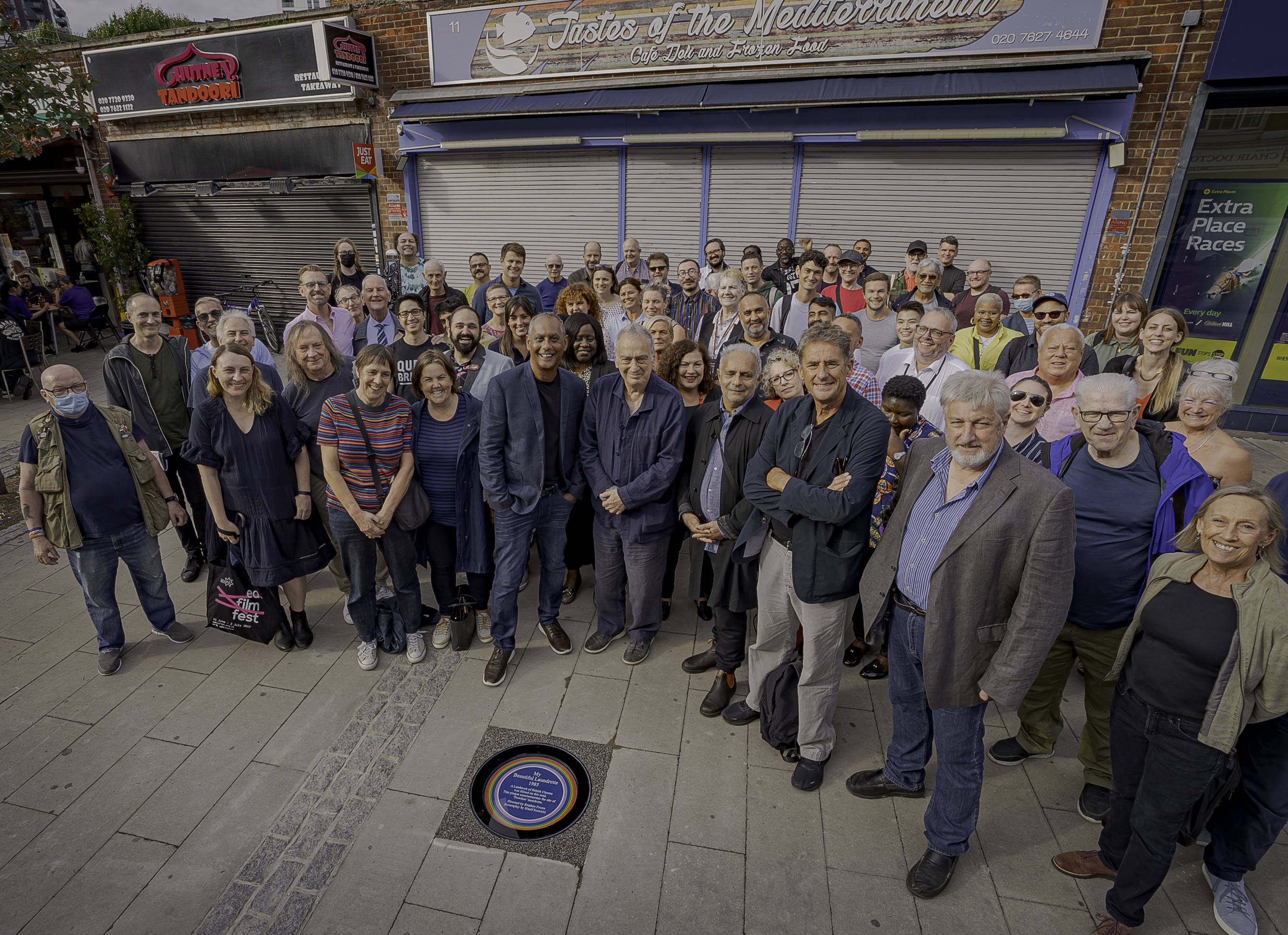 Wandsworth LGBTQ+ Forum, Studio Voltaire and Lambeth Council unveiled a Rainbow Plaque on Friday 10 September dedicated to the iconic film, My Beautiful Laundrette (1985). The plaque was installed into the footway in Wilcox Road, Vauxhall, the location of Powders laundrette.

Starring Daniel Day–Lewis and Gordon Warnecke, and directed by Stephen Fears with an Oscar-nominated original screenplay by Hanif Kureishi, My Beautiful Laundrette broke major ground in its bold exploration of race and sexuality in Thatcher-era London. The film’s depiction of, and significance to, British South Asian and LGBTQ+ communities cannot be overstated.

The iconic British Cinema classic was filmed across Wandsworth, Battersea and Vauxhall in 1984 with the set design and the site found on Wilcox Road in SW8.

Following a successful crowdfunding campaign – which included a special screening of the film at Clapham Picturehouse followed by a Q&A with the film’s cast and crew – £2500 was raised to realise the project, the design and production of the plaque, as well as the official unveiling event. It is the first of the Rainbow plaques to incorporate the Progress Pride (2018) colours.

The Rainbow Plaque is a national scheme that was established by York Civic Trust with York LGBT Forum in 2018 as a way to identify key figures and moments of LGBTQ+ History. The first Rainbow Plaque honoured lesbian diarist Anne Lister (1791–1840). The second Rainbow Plaque, dedicated to Oscar Wilde, was unveiled on Platform 10 at Clapham Junction station by Wandsworth LGBTQ+ Forum, Studio Voltaire and Network Rail in 2019.

The My Beautiful Laundrette plaque has been generously supported by individuals through its crowdfunding campaign and the installation is supported by Lambeth Council.