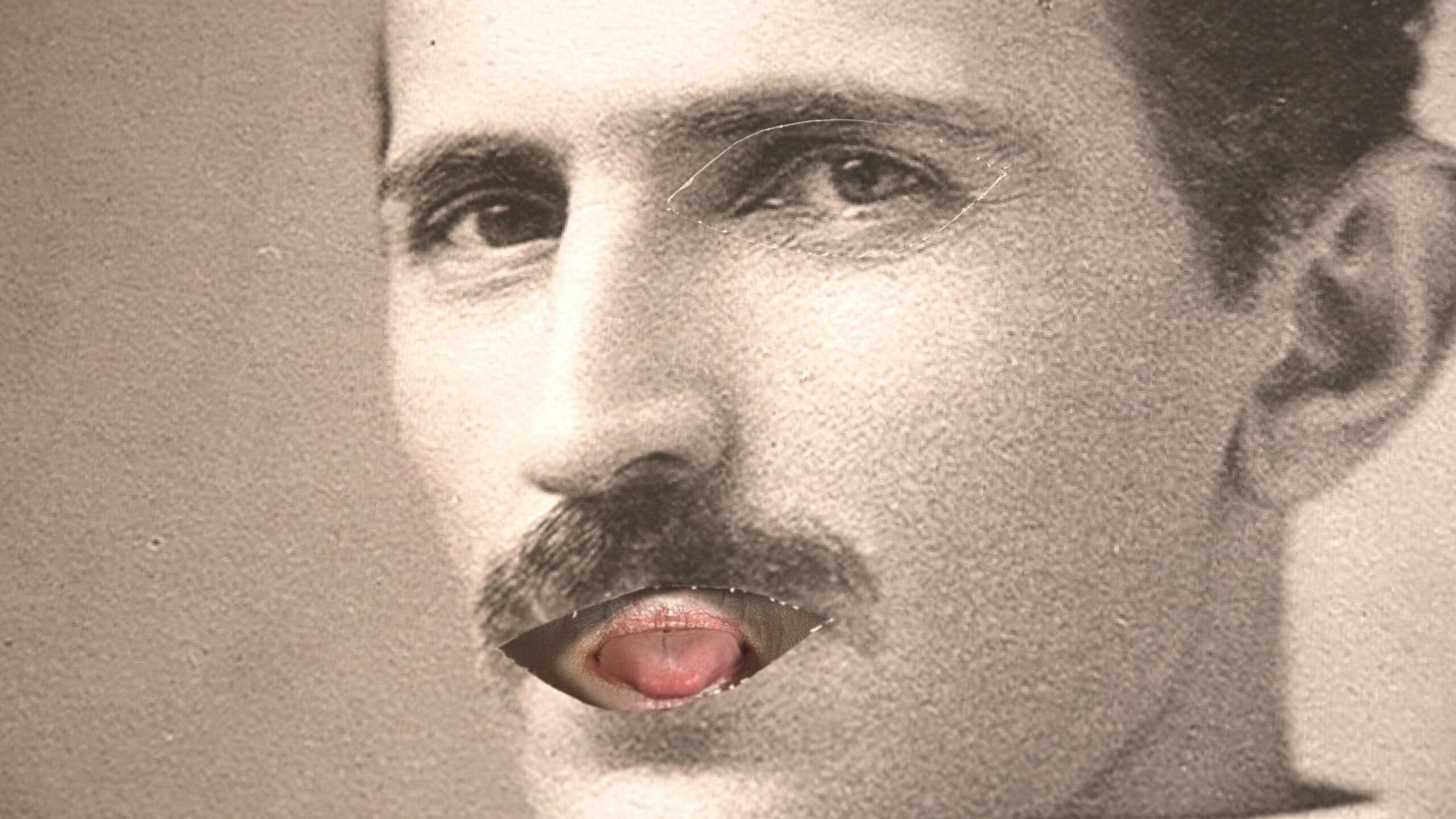 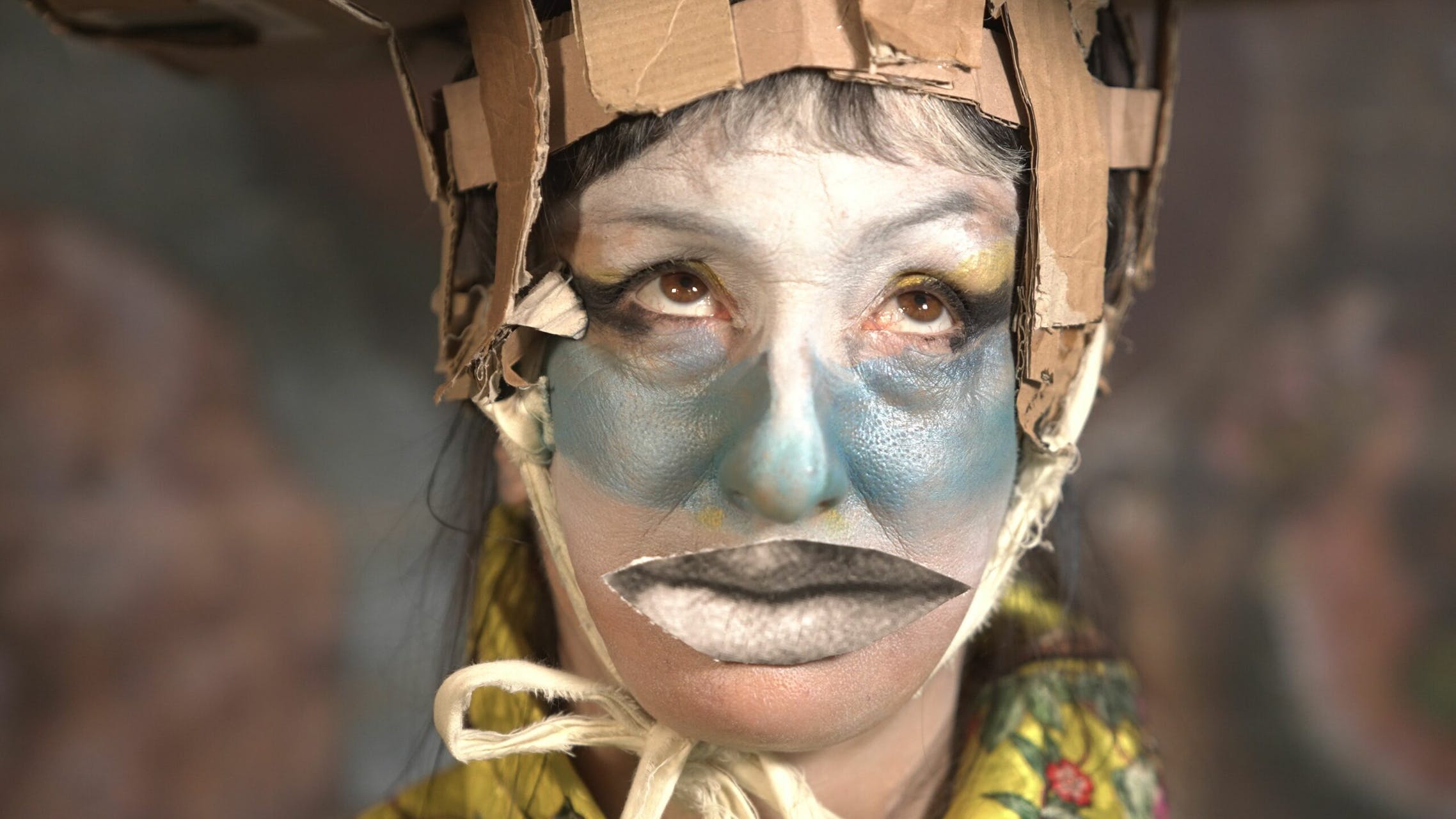 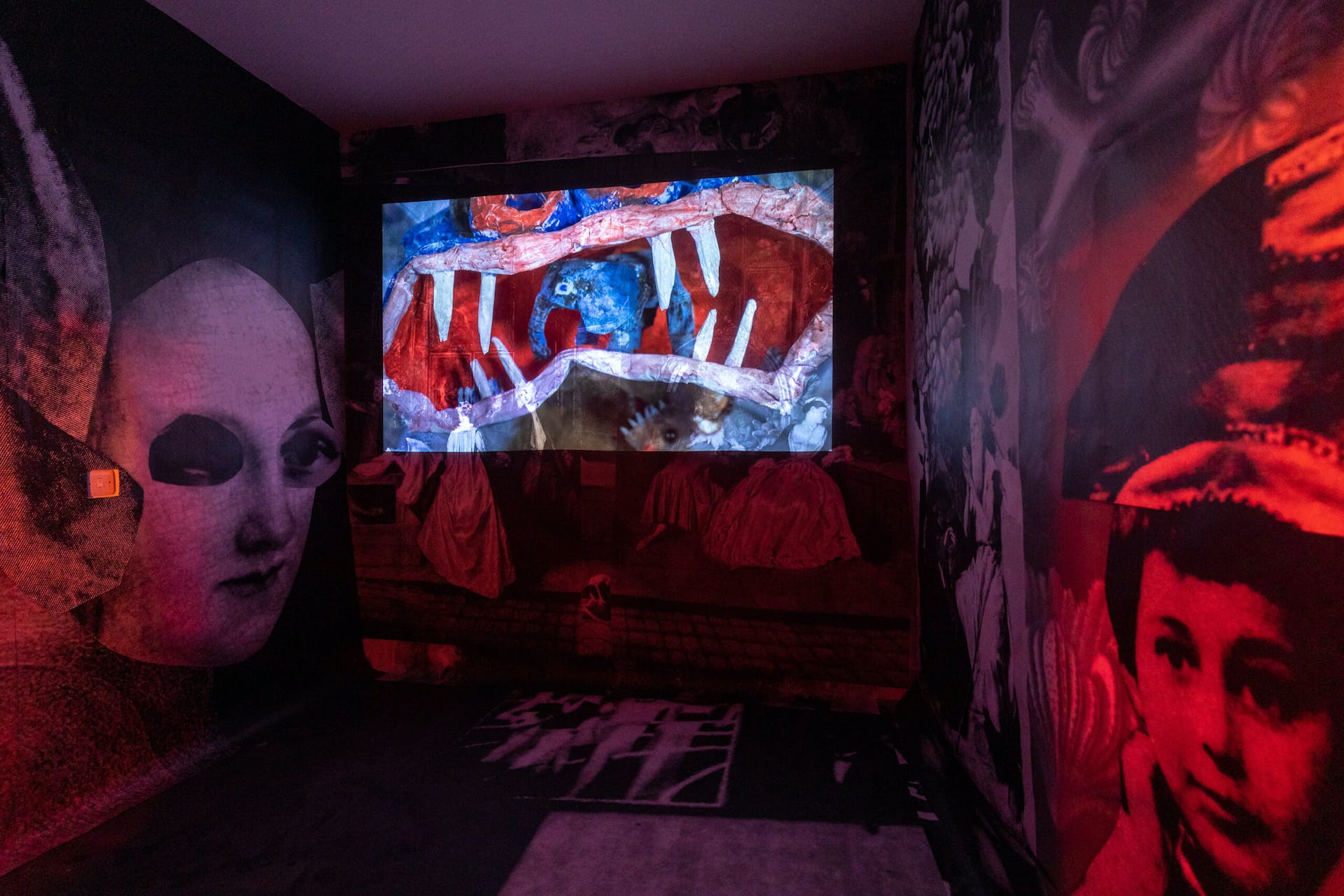 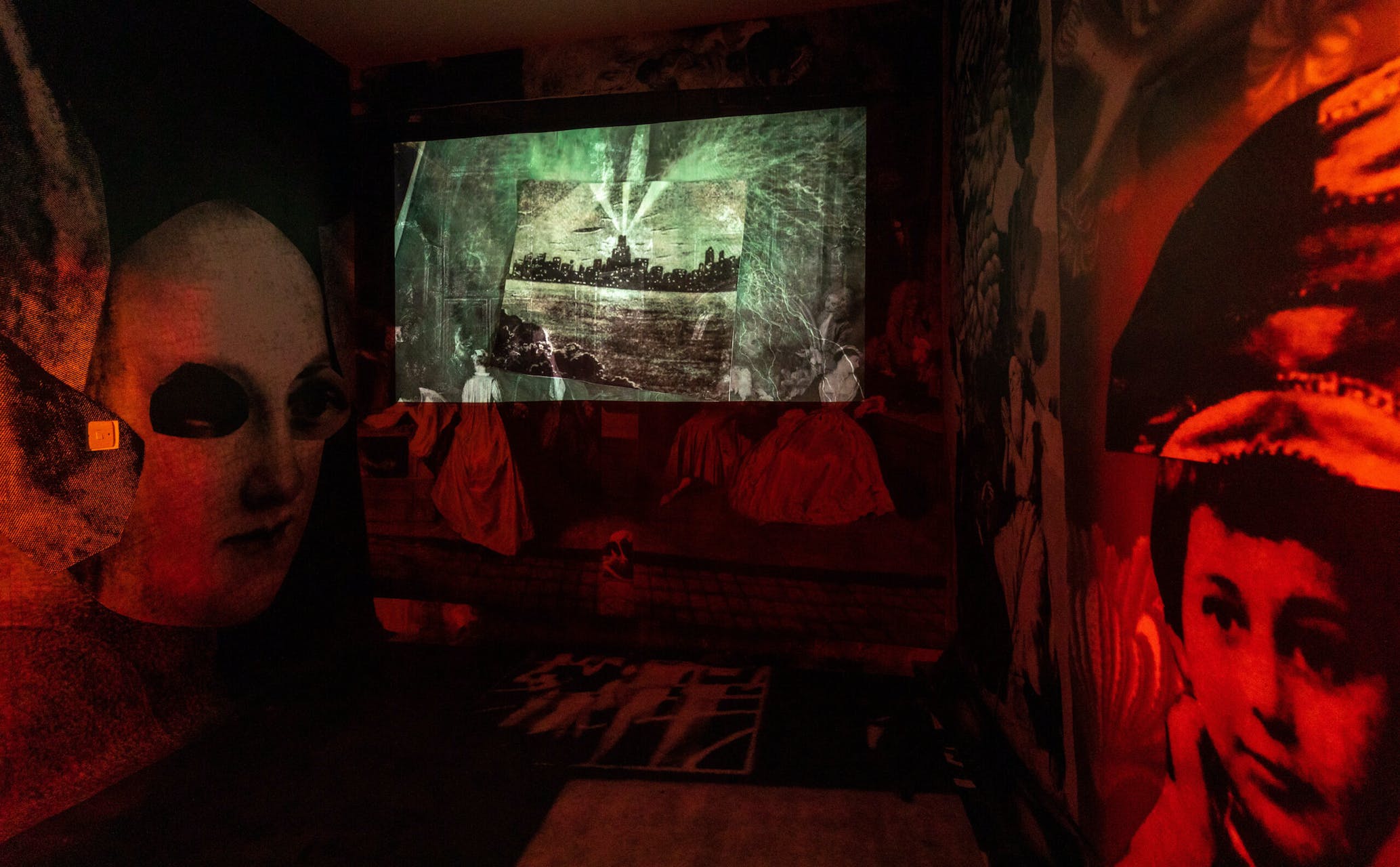 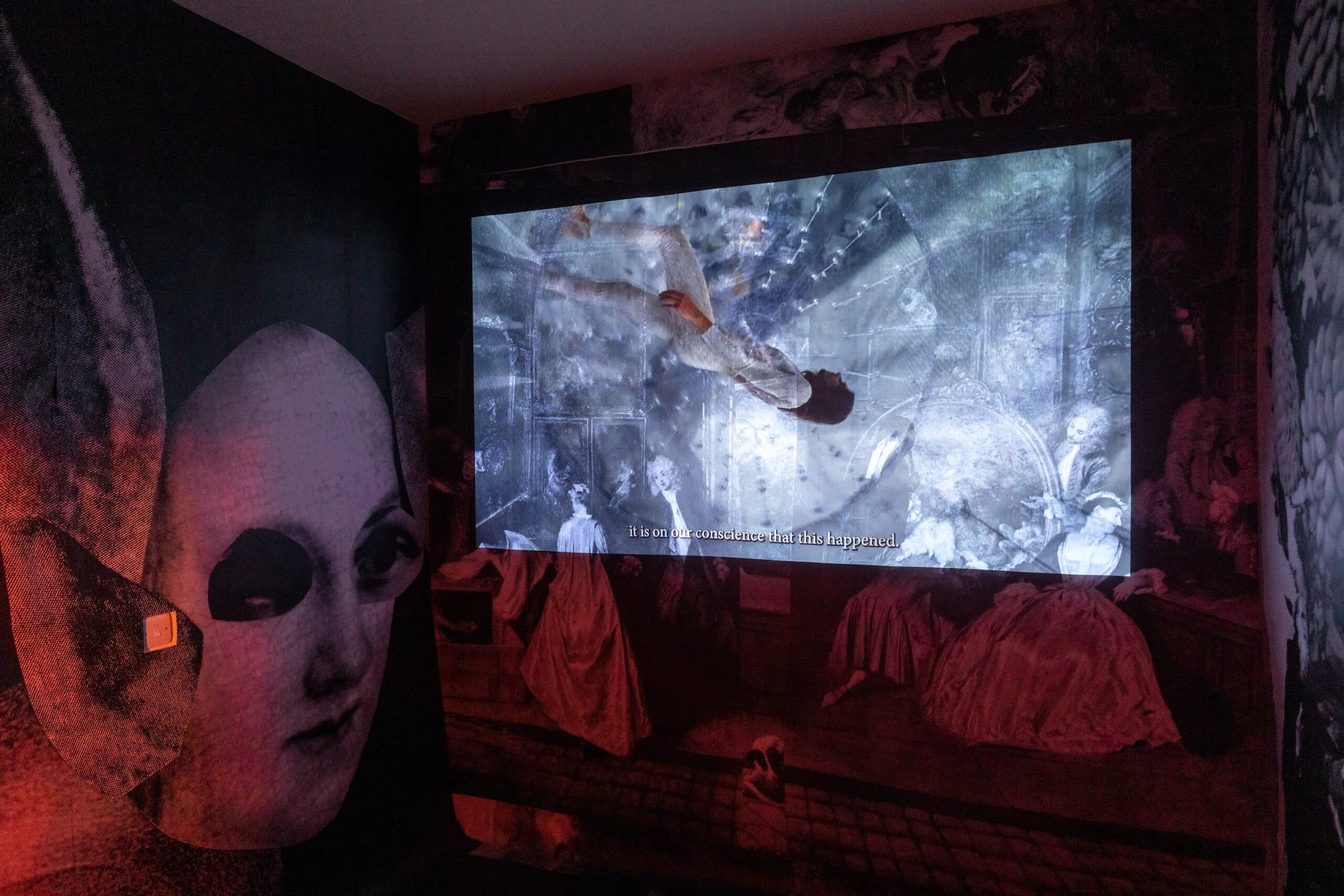 Monster Chetwynd has made a new short film which continues her interest in the power of alternative energies. Free Energy is an exploration of the uncontainable energy that can be created within performance, as well as the individual’s role in society in relation to energy consumption.

Through a series of candid and somewhat wry conversations between the artist and her collaborator, the film focuses on often neglected futurist Nikola Tesla (1856–1943) to explore how creativity and invention are rarely bedfellows with commerce. Representing a shift in the artist's work, these ‘to camera’ scenes offset the formalities of a script and are reminiscent of vox pops or lo–fi TV documentaries.

Displayed alongside materials from the film’s production, including collaged wallpaper and shadow puppets, the work interweaves puppetry and archival images with a backdrop of footage shot during the artist's recent performance Tears (2021) at Art Basel, a major international art fair in Switzerland.

Free Energy combines Chetwynd’s characteristic DIY costumes, sets and props with an abstract layering of visual and vocal messages, including otherworldly music, references to Greek mythology, and multiple voice–overs and languages to create a fantastical and complex world.

This work builds on Chetwynd’s previous explorations of alternative energy including a performance as part of Experience Traps, Middelheim Museum, Antwerp (2018); Free Energy Workshop (2011) for British Art Show 7 and In the Days of the Comet, Hayward Gallery, London (2001).

This commission forms the final part of Studio Voltaire elsewhere, a series of commissions undertaken during Studio Voltaire’s capital project. The organisation has a long–standing collaborative relationship with the artist having worked together on multiple projects since 2005, including Listen Up! and Hermitos Children 2 (both 2014), and The Walk to Dover (2005).

Special thanks to the South London residents, universities and local schools who took part in a series of shadow puppet workshops as a part of this project which took place online during lockdown.