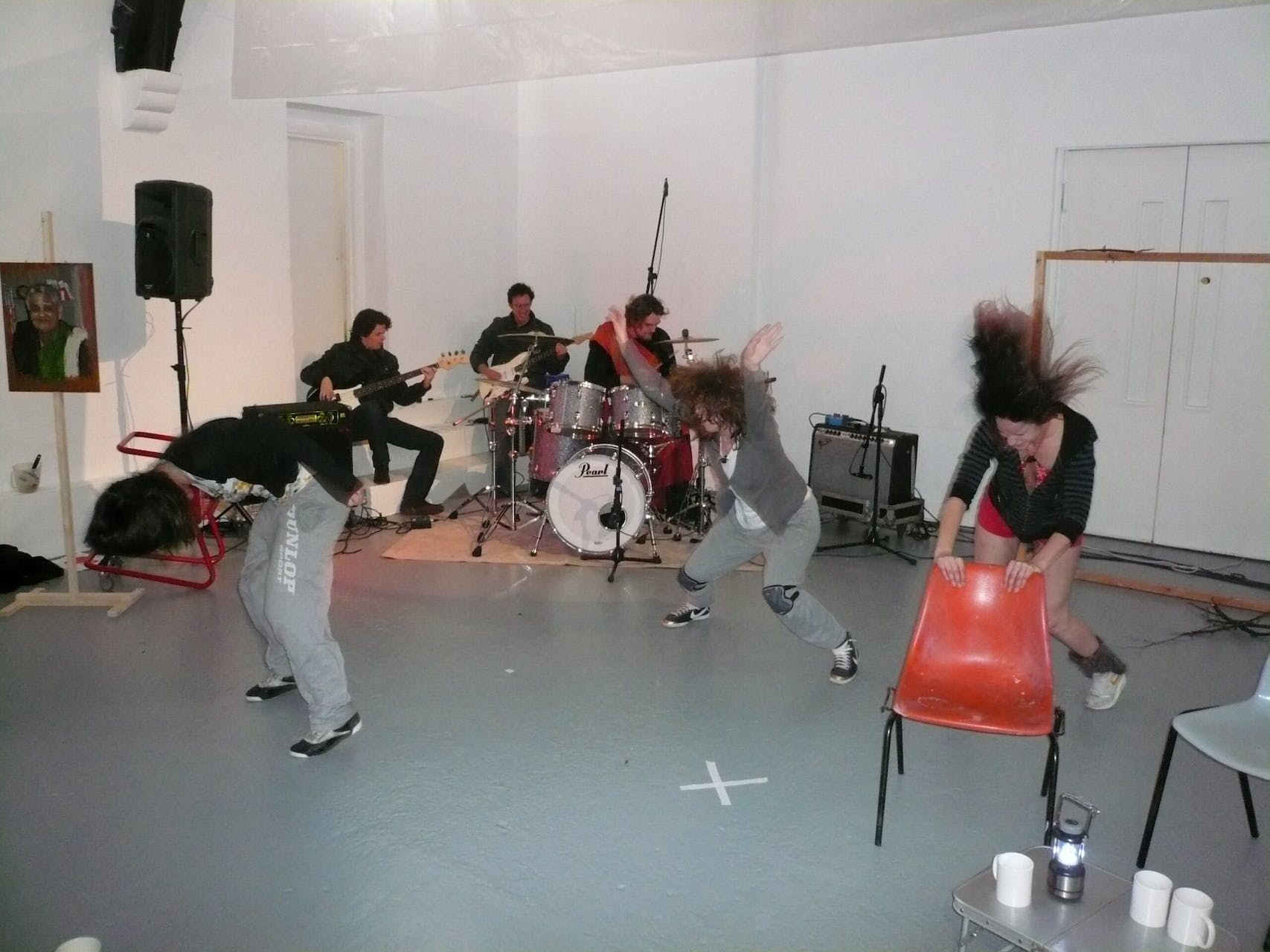 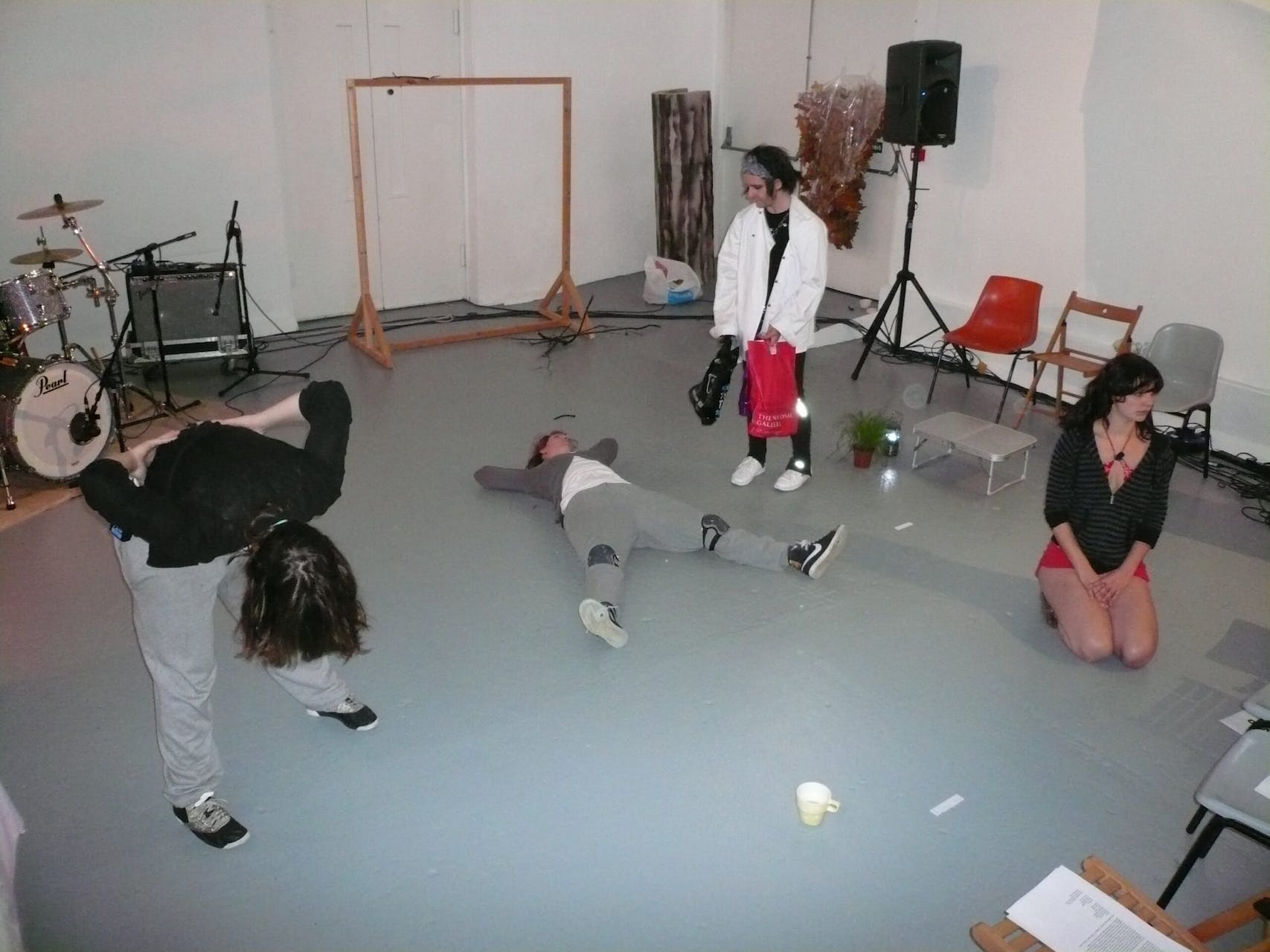 4 F-ER was a new performance commission by Maria Pask. The performance took the form of a pilot episode for a soap opera and is based around a group of four women who live in a mobile community.

Pask’s projects primarily investigate collective creativity, empowerment and the live moment. Working with open formats and social structures, Pask employs a broad array of methods, ranging from sculpture and film to workshops, scripts and live performances and events. The work often has a strong social and collaborative element reminiscent of radical movements of the 1960s and 1970s.

Previous projects have involved a range of participants from different social groups. In Pask’s reworking of Michael Jackson’s seminal music video ‘Beat it’, two gangs of Lithuanian and Dutch art students act out the dance routine as an accessible metaphor for complex political issues surrounding the entrance of countries into Europe and the subsequent formation of a new superstate. For Beautiful City, her project at Skulptur Projekte Muenster (2007), the artist set up a camp for the duration of the project where speakers of diverse religious and spiritual backgrounds were invited to give lectures and respond to specific questions set by the artist. The camp was run by a number of young people who became, alongside the public, either believers or sceptics.

4 F-ER was a new performance resulting from an intense period of workshops led by the artist with a small group of Dutch young women, musicians and a number of the artist’s family members and friends. The pilot introduces the main characters and concerns with the “Four F’s”: a term used in evolutionary biology to describe the four basic drives or mind states that humans are evolutionarily adapted to be good at; feeding, fighting, fleeing and fertility. The script follows the protagonists’ reflections on what to do and what to be, both on a personal level and in a wider social position.

Supported by The Mondriaan Foundation.