Studio Voltaire presents the first institutional exhibition of works by John Sheehy (b. 1949, Ireland). Sheehy, who lives and works in London, began painting at the age of 51 and over the past 18 years has produced an expansive body of work that includes printmaking, ceramics, sculpture, playwriting, poetry and music. While formally, Sheehy’s paintings range between portraits, landscapes and the purely abstract, they most often foreground personal or biographical recollections, evoking the artist’s travels and his native Ireland.

Sheehy has described the physical act of making as central to his practice, underlined by the accelerated pace at which he produces work. Even the artist’s most complex and ambitious paintings take under an hour to complete, and Sheehy is often only limited by the availability of materials to hand, from canvas and paper to roof tiles, furniture and found objects. Single subjects may be rendered again and again over a period of weeks or months, with an energy that suggests the artist’s urgent need to capture or perhaps, expel these images. Importantly, while Sheehy’s practice comprises thousands of images and words, he considers it to be a single and total narrative.

With reference to both rural Ireland and London street scenes, Sheehy’s works detail seemingly familiar or everyday moments. Convivial activities are similarly foregrounded, with fiddlers, singers and communal suppers. Sheehy frequently returns to vernacular subjects which might initially appear folksy – sailing ships, closely terraced houses, shoe–shiners and chimney sweeps – but when repeated across numerous works they gain a talismanic, otherworldly character. In particular, the recurring image of a watchful rider on horseback functions as a dominant representation of the artist himself.

Within these repeated motifs there is a persuasive sense of Sheehy bearing witness to past events, all the more potent in works which explicitly address sites or acts of ritual and commemoration. Rather than nostalgic, Sheehy’s works are a record of lived experience, cumulatively insisting on the artist’s own presentness.

Only a fraction of Sheehy’s complete body of work can be shown at any point in the show’s duration. This first institutional survey of his work is presented on a large–scale display system that allows the presentation to change and evolve. The initial iteration was selected by Director Joe Scotland in conversation with Mark Amura of Crisis Arts and the artist. Further selections were made by curator Linsey Young, writer Amy Sherlock, and artists Aaron Angell, Jeremy Deller and Clifton Wright. In the final weeks of the show Sheehy then returned to Studio Voltaire where the artist was invited to create a work in-situ, completely transforming the exhibition space into large-scale painting backdrop.
Watch

Supported by the Studio Voltaire Benefactors. 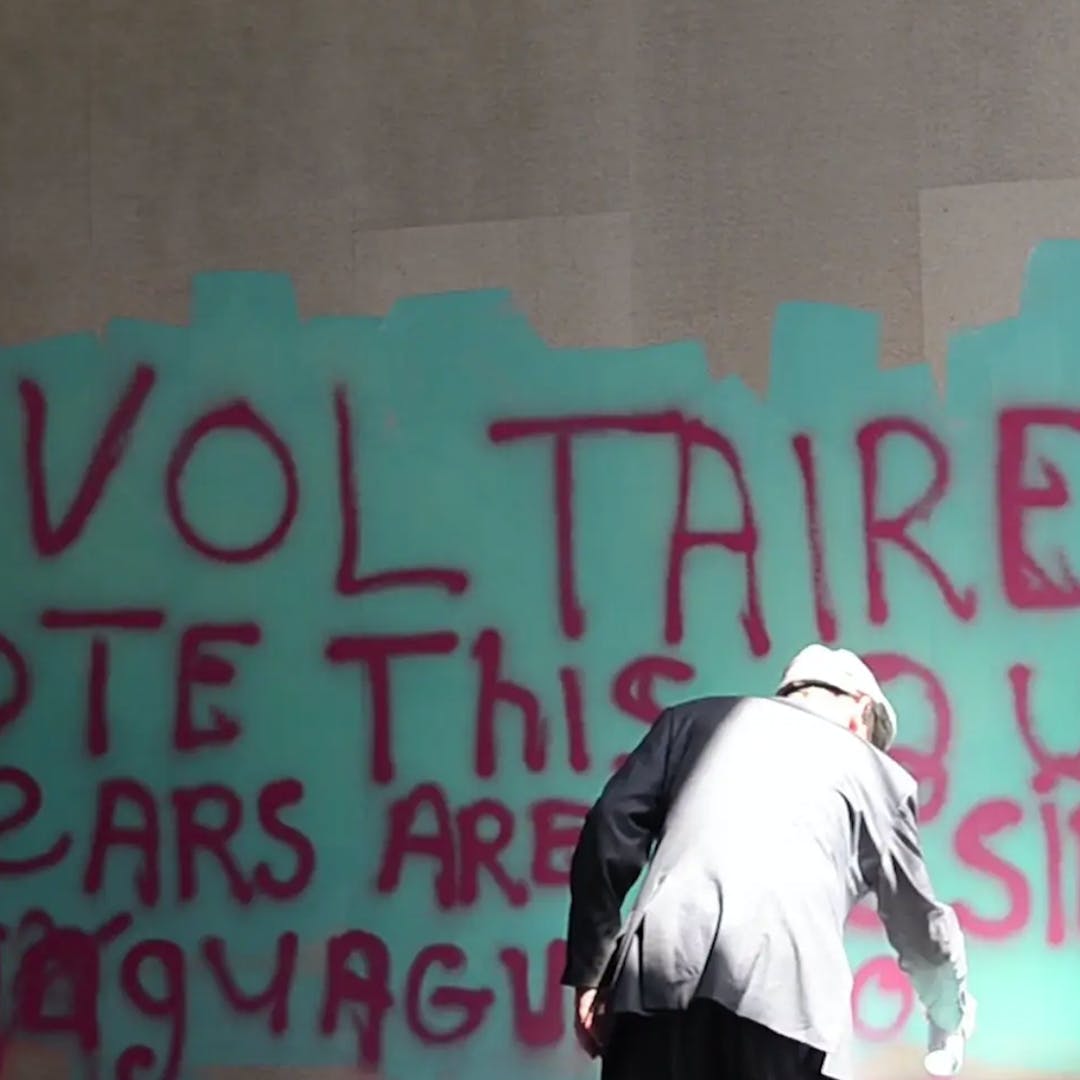