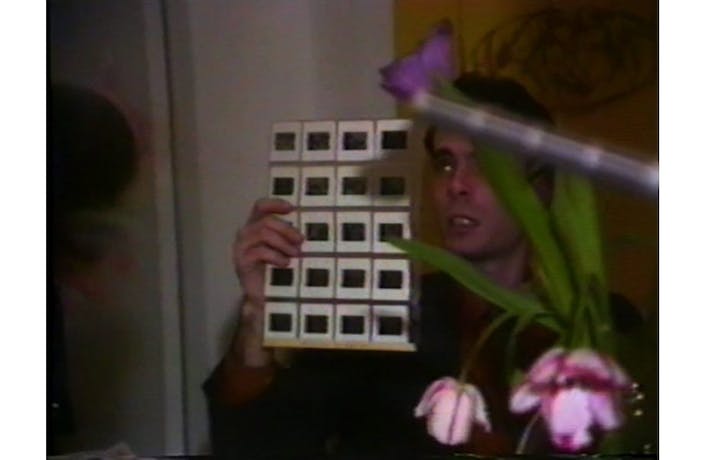 Other People’s Projects is an occasional programming strand at White Columns, New York in which their project space is offered to idiosyncratic organisations, collectives, publishers, individuals, etc. to introduce their activities and/or enthusiasms to a wider audience. White Columns presentation marks the first stage of collaboration between the two organisations. Studio Voltaire will present a project at White Columns in Spring 2008.

White Columns will present two video works by the Canadian artists Jeff Funnell and John Will. The tragicomic video Making The Rounds (1981/82) documents, in a casual verité manner, the Winnipeg-based artists 1981 tour of SoHo galleries (inc. those of Ronald Feldman, Paula Cooper, Leo Castelli and Mary Boone, as well as not-for-profits such as The Kitchen and Artists Space). At each stop the artists try to engage with the gallery director in an attempt to show them a sheet of 35mm slides (which in fact depict images of photographic equipment). Their second film Exploitation Gallery (1981/82) records the presentation – and often bemused reception – of Making The Rounds at a Winnipeg storefront gallery. Seen together the two films provide a quarter-century ‘flashback’, as well as offering a still pertinent commentary on the social-mechanics at play in the art world.