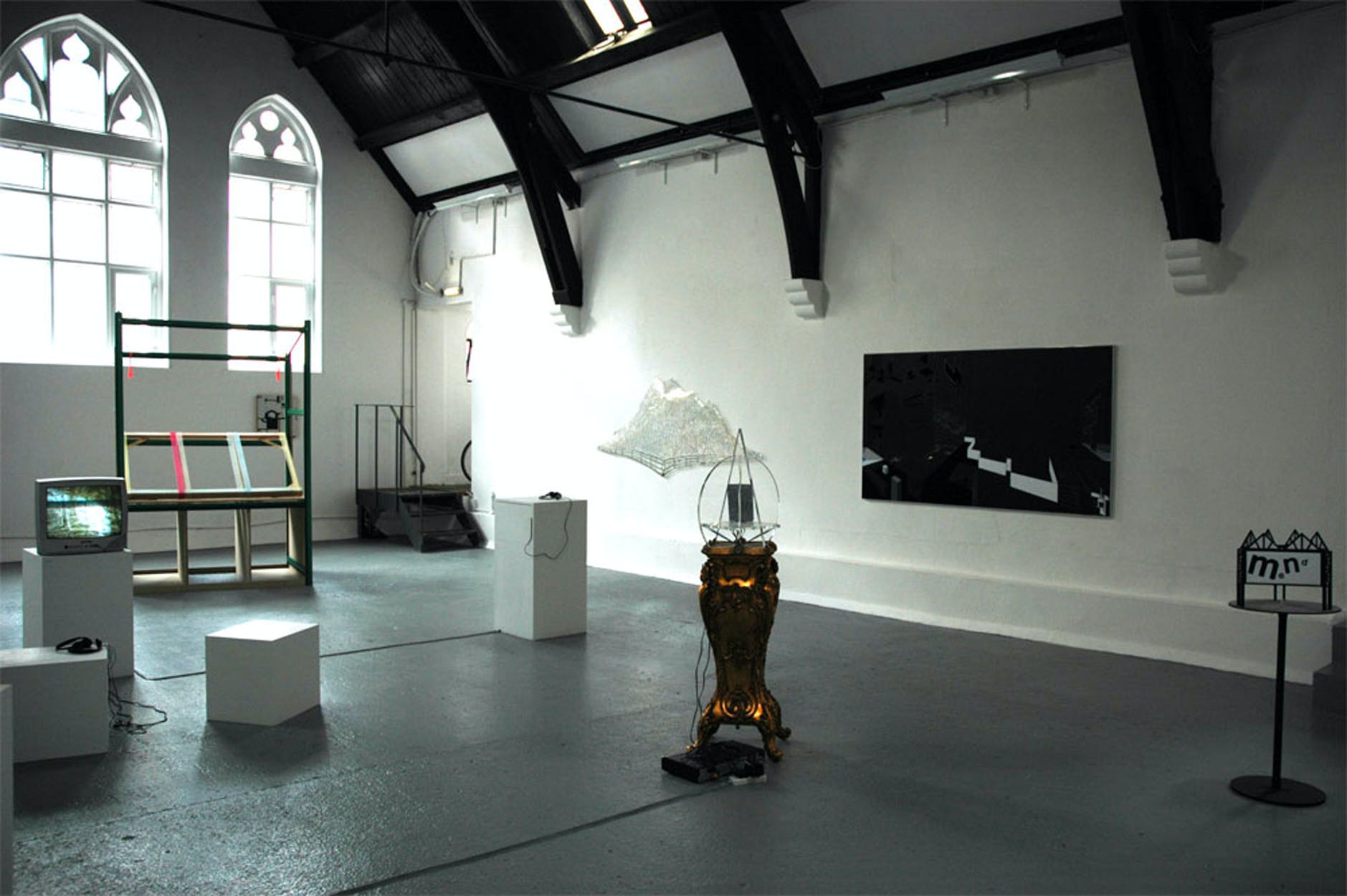 Studio Voltaire presents Infrastructure, an exhibition that explores the visible and invisible systems that govern our lives. Ranging from belief systems to built environments and the internet, these structures intersect, forming a ubiquitous, largely invisible network that shapes who we are and what we can do.

INFRASTRUCTURE 1. An underlying base or foundation especially for an organization or system. 2. The basic facilities, services, and installations needed for the functioning of a community or society, such as transportation and communications systems, water and power lines, and public institutions including schools, post offices, and prisons.

The exhibition brings together artists from London, Edinburgh, New York, Seattle, Amsterdam, and Bulgaria, including:

Infrastructure also forms an extension of the curator, Therese Stowell’s, individual practice as an artist. Stowell’s own practice involves constructing systems of meaning, frequently in the form of arrowed diagrams, which connect words or sentences to create networks of explanation. These works present seemingly authoritative and rationalised realities, often employing the use of information presentation tools of science and business to affirm their status as believable truth. This seduction is, however, ultimately undermined by the knowledge that the works are created from an individual subjective viewpoint.

For her contribution to Infrastructure, Stowell will create an overall diagram that maps and connects the systems present in the featured artists’ work, while also placing them in wider socio-cultural and every day contexts. Reproduced as a poster and invitation for the exhibition, the diagram will attempt to represent the vast network of facilities and processes that enable us to live the way we do. In its own idiosyncratic mediation of the exhibition Stowell’s contribution will also both enact and make visible her complicit role as curator.

Supported by the Embassy of the United States of America, London.