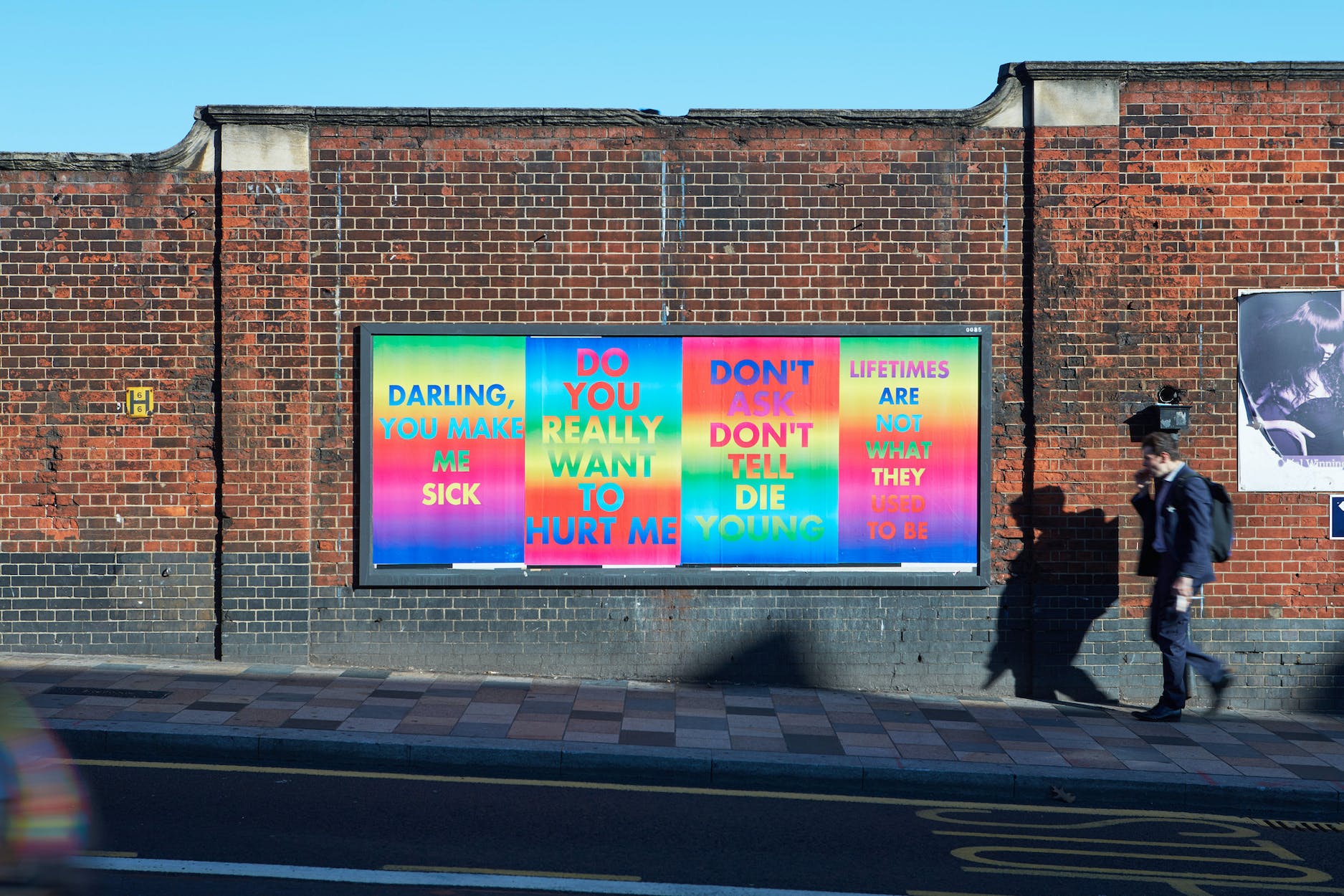 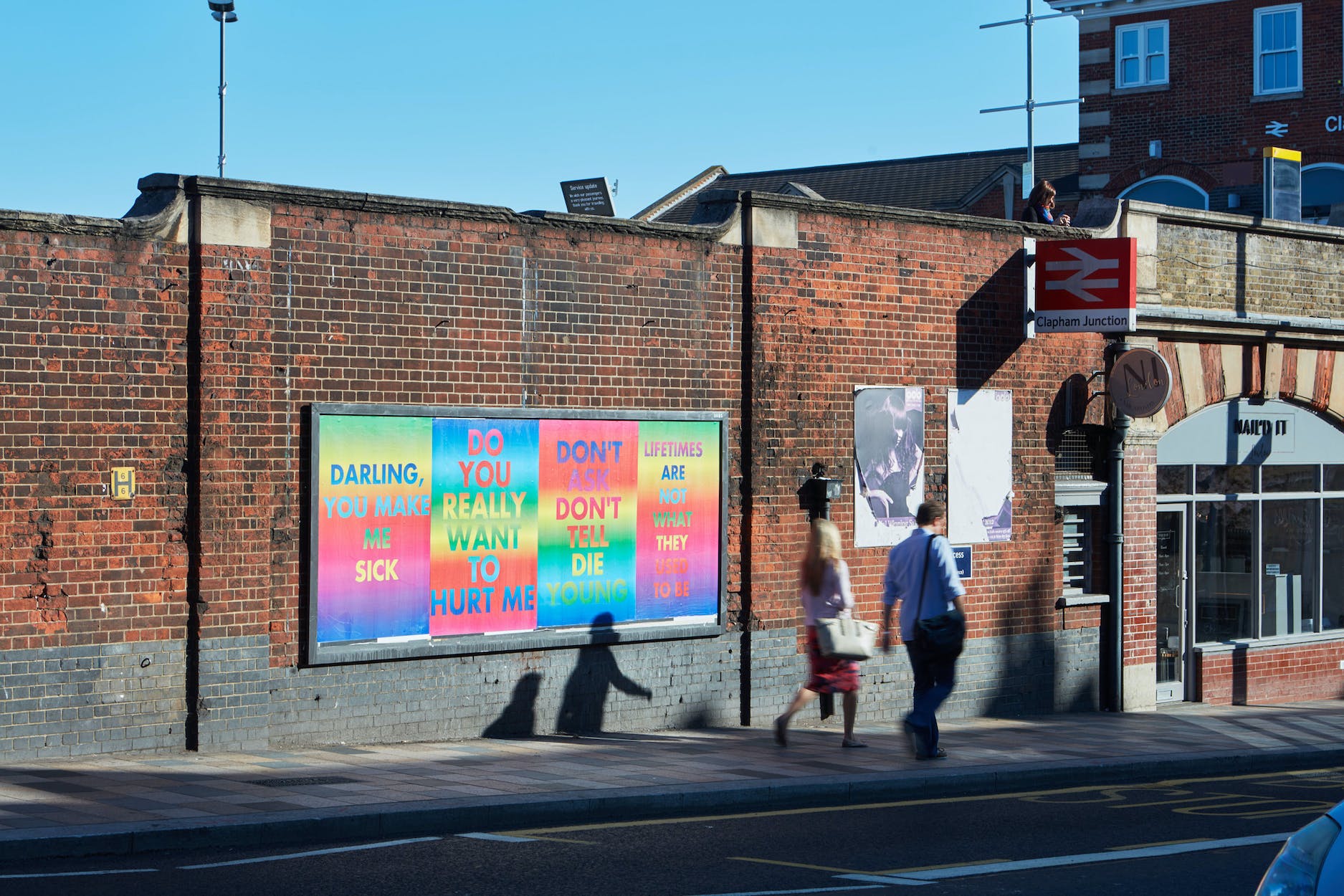 Studio Voltaire presented David McDiarmid’s Rainbow Aphorisms, a series of public works shown intermittently across sites in Clapham and Brixton, in partnership with This is Clapham and Art on the Underground. Over the course of a year, artworks appeared at various locations including neighbouring LGBTQ+ venue Two Brewers, the façade of Studio Voltaire, Brixton Underground station, and other temporary locations.

David McDiarmid (1952–1995) was an Australian artist, designer and activist, recognised for his prominent and sustained artistic engagement with issues relating to queer identity and history. Rainbow Aphorisms are a series of printed multiples, produced from 1993 until the artist’s death in 1995 of AIDS–related illnesses. McDiarmid produced these works in response to his own, and his community’s, experience of the AIDS crisis, and the multiple forms of devastations it manifests–from the political and emotional, to the intellectual and medical.

In the Rainbow Aphorisms series, the artist was fascinated by the power of the aphorism to express a whole conceptual and cultural world. Bold san–serif texts are superimposed onto a ground of full spectrum rainbow colours–referencing Gilbert Baker’s rainbow flag (1978).

“GIRLFRIEND, LIGHT AND SHADOWS”, “HONEY HAVE YOU GOT IT”, “I’M TOO SEXY FOR MY T–CELLS” – McDiarmid’s pithy textual observations are used to evoke the coded world of gay male subcultures in large western cities. Between the ferociously witty messages and the sugary bright colours, the works are encoded with a sensibility both camp and hip. Although the text is easy to read, the aphorisms are far from simple – some works ironically reference the virulence of tabloid responses to AIDS, while others offer poignant and melancholic observations of the devastating effects of the disease. 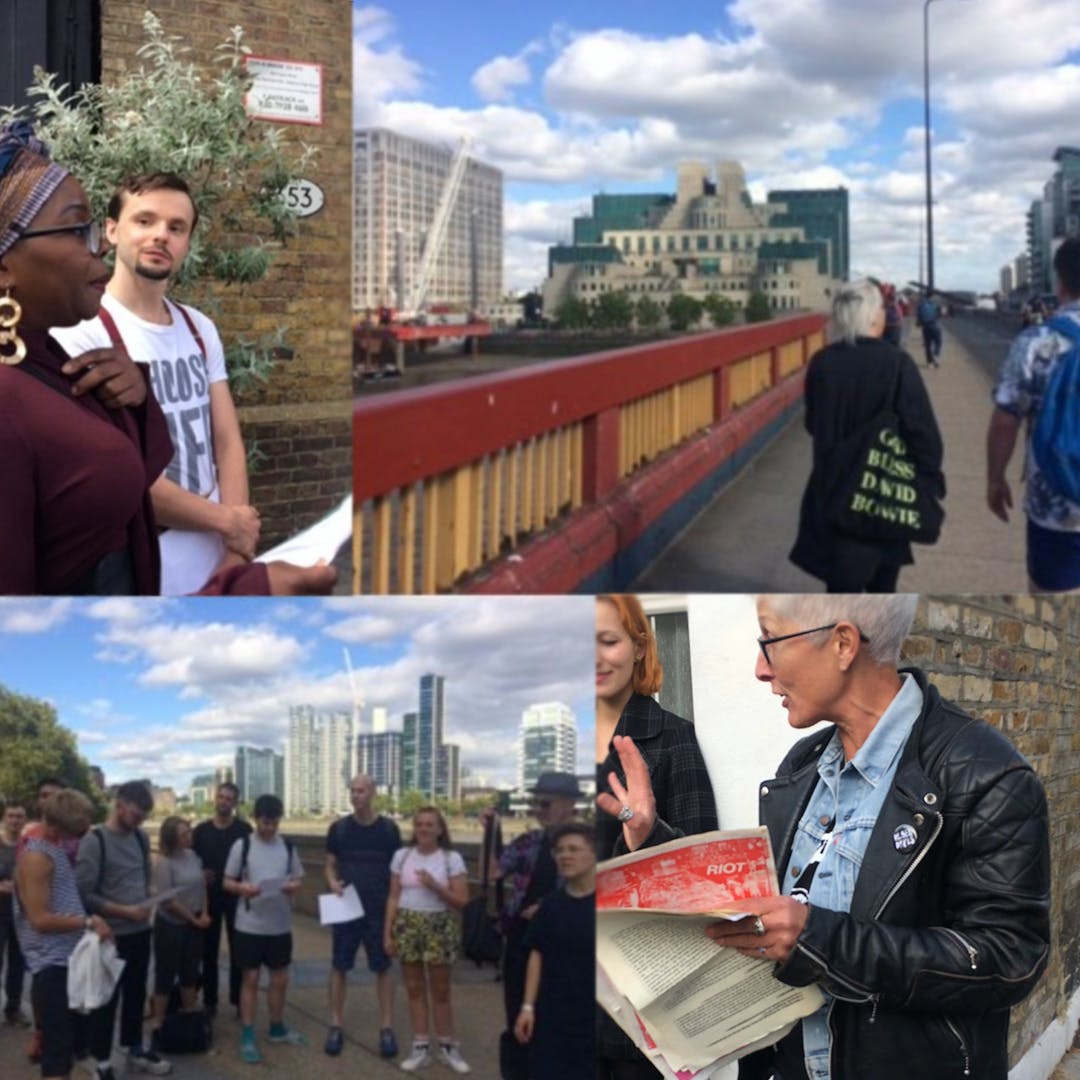