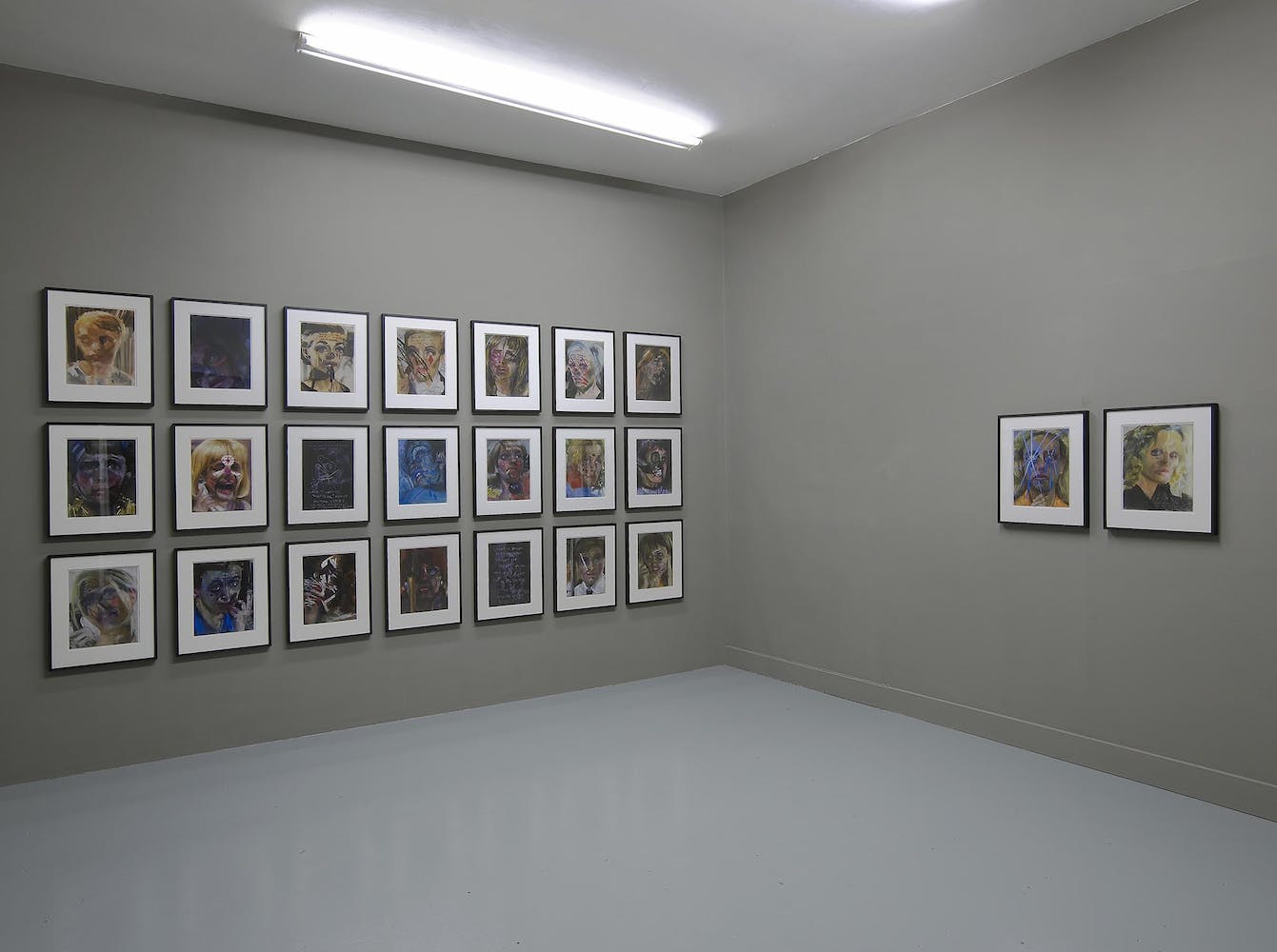 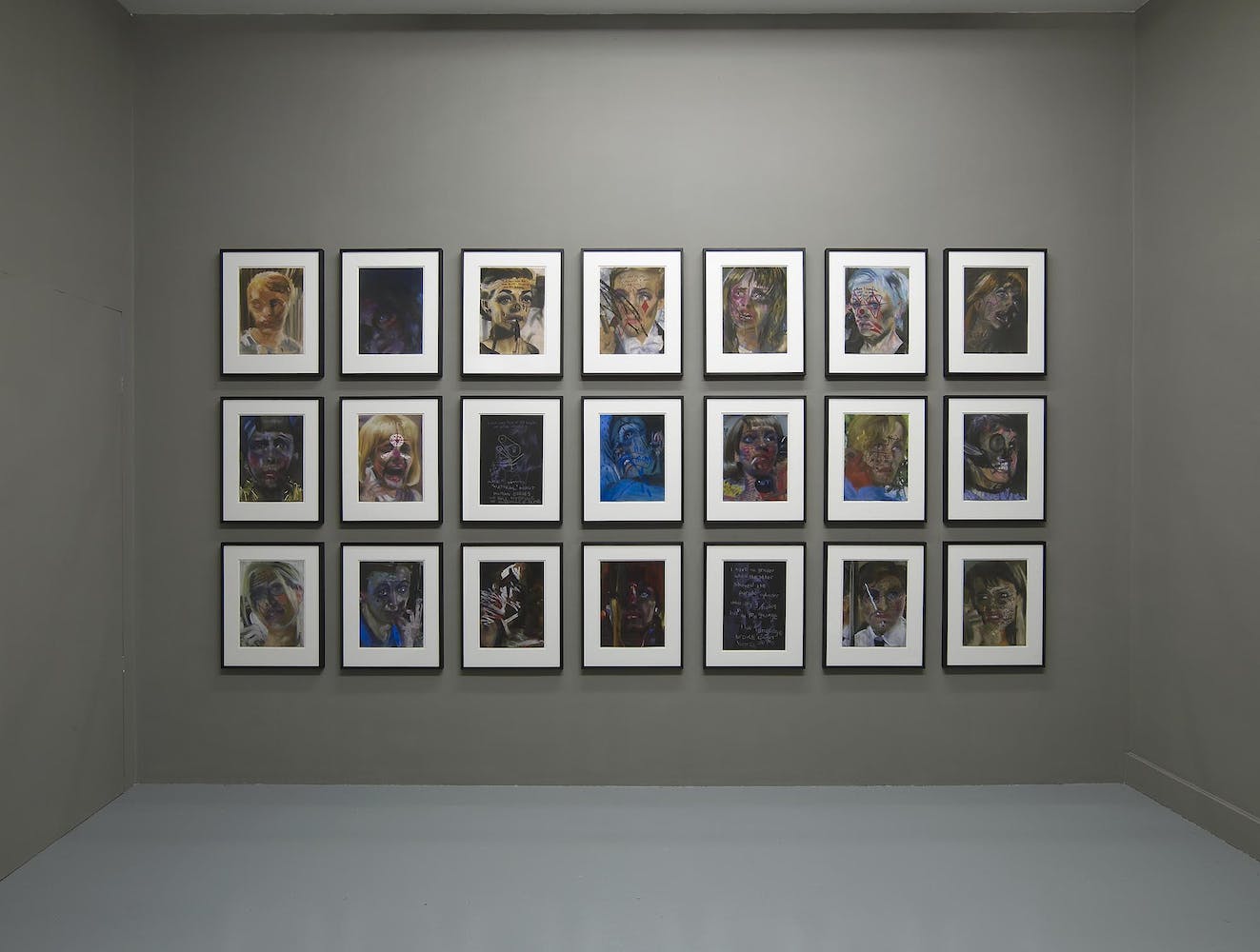 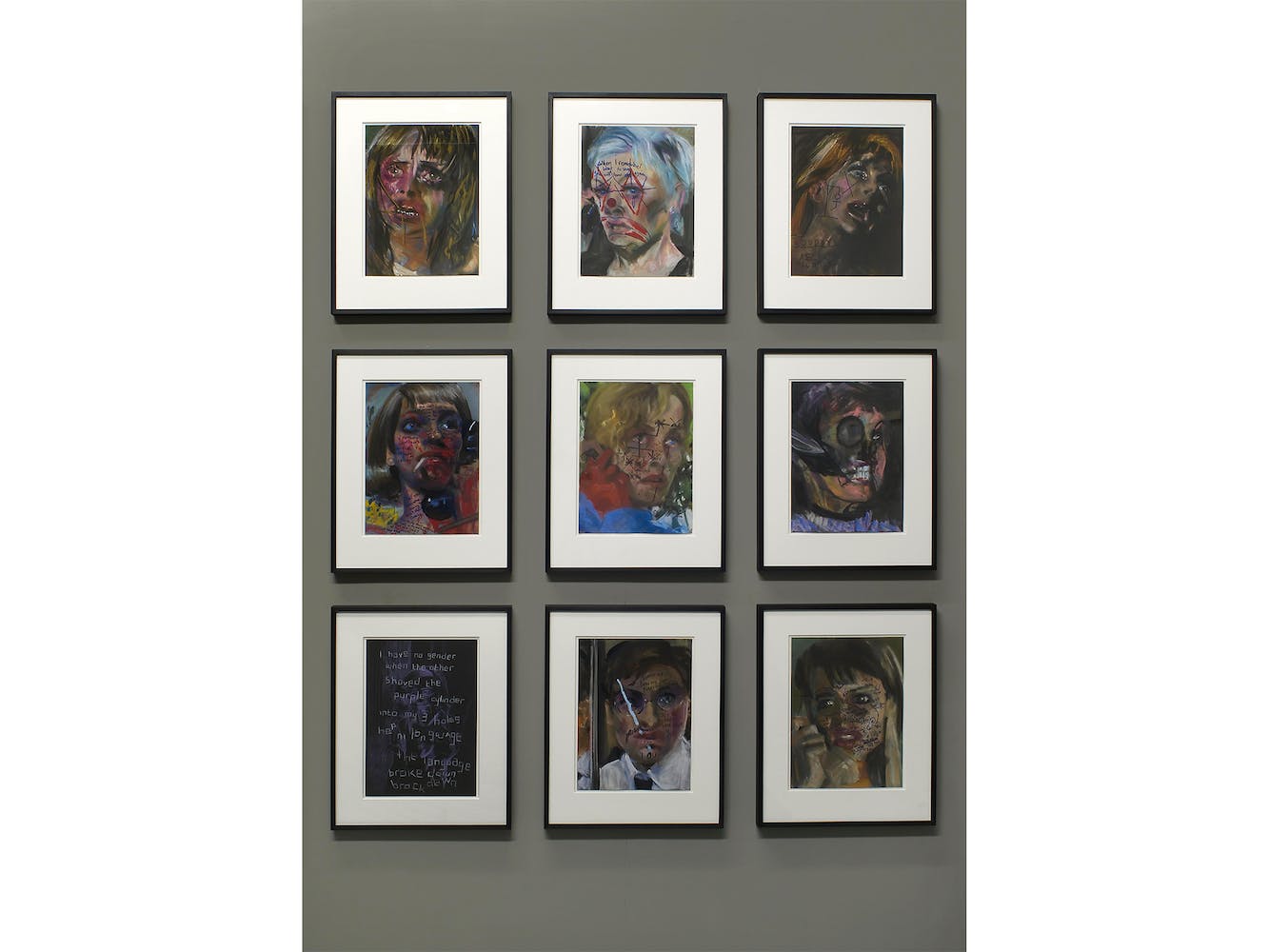 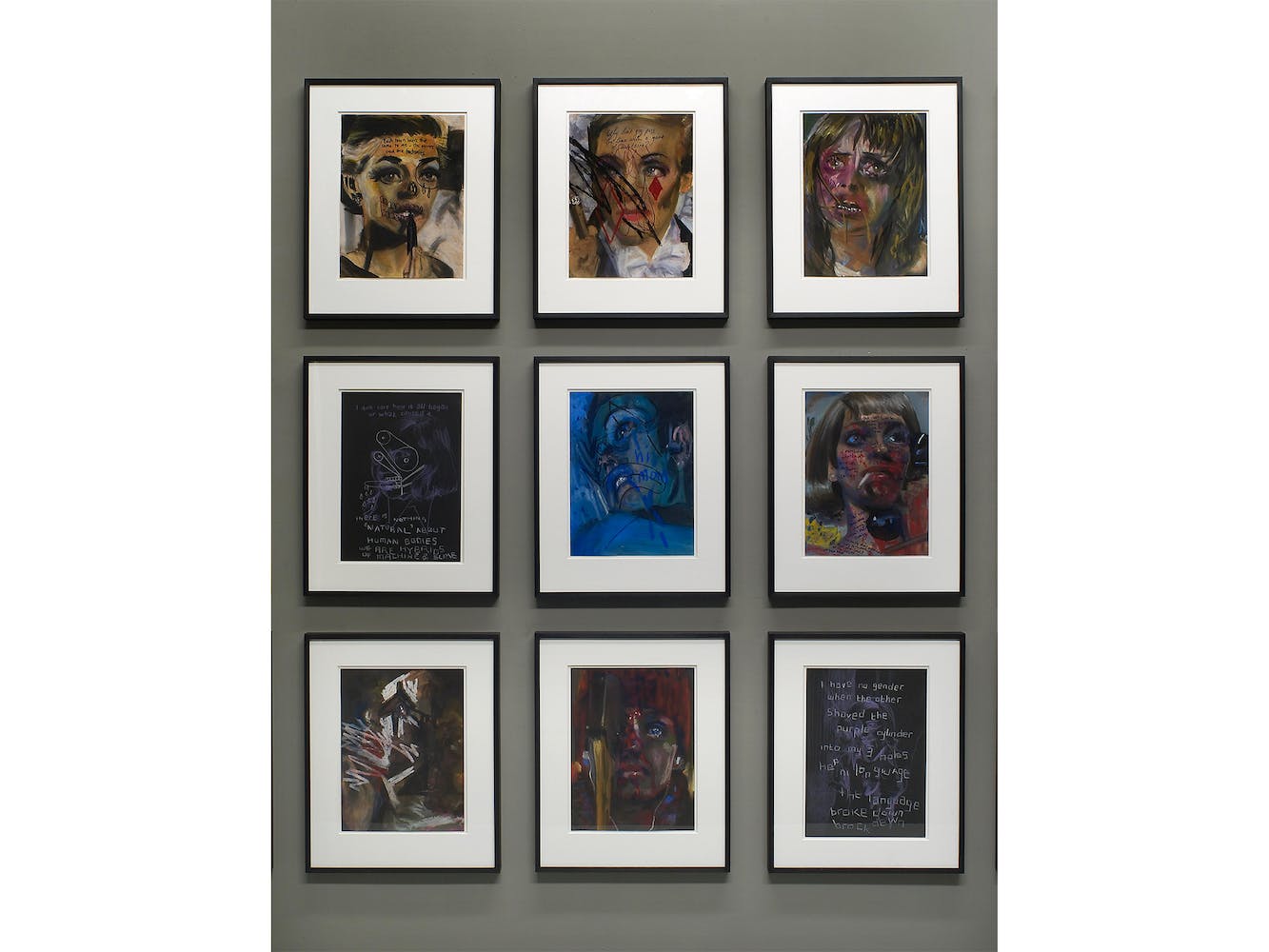 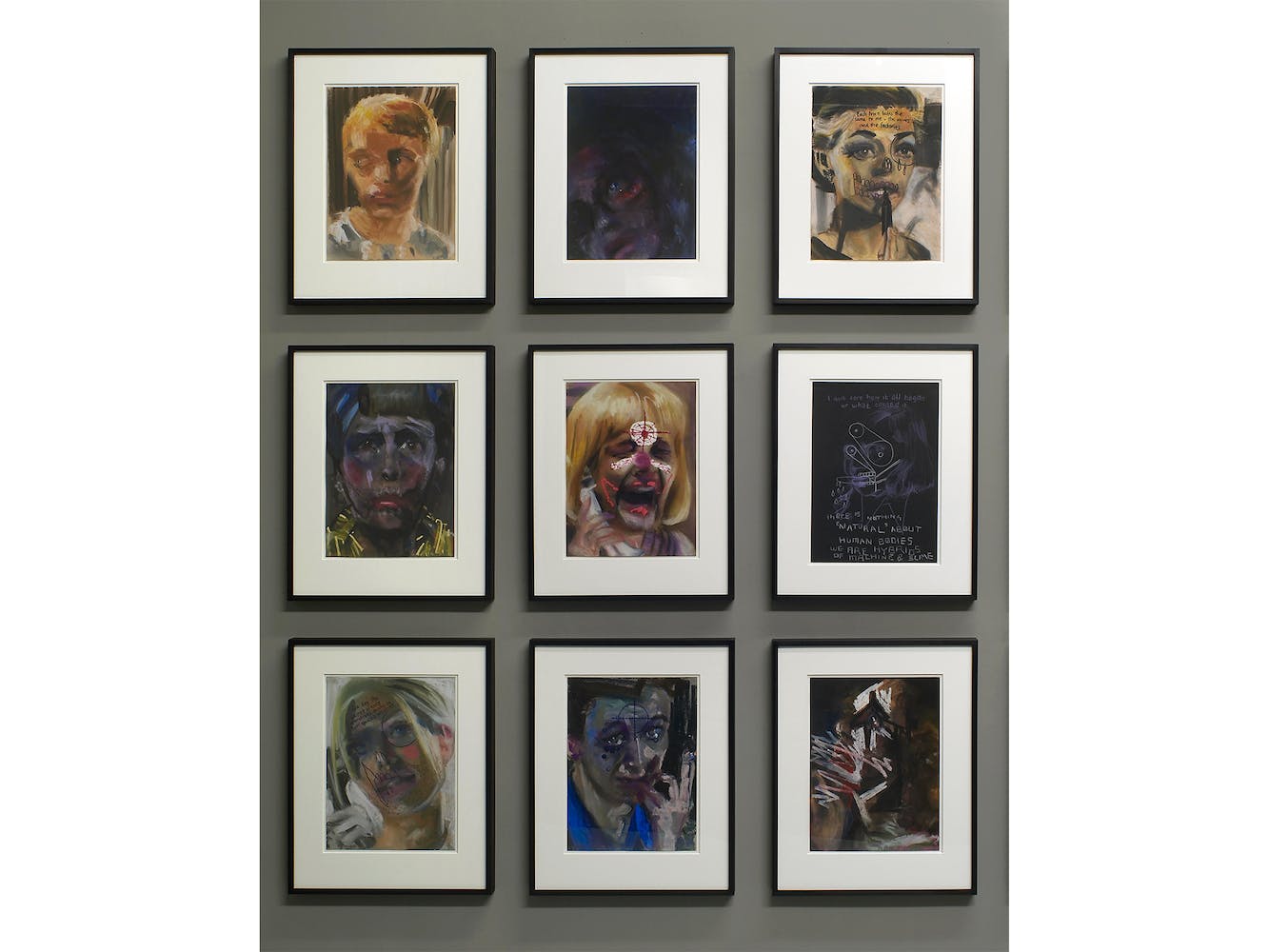 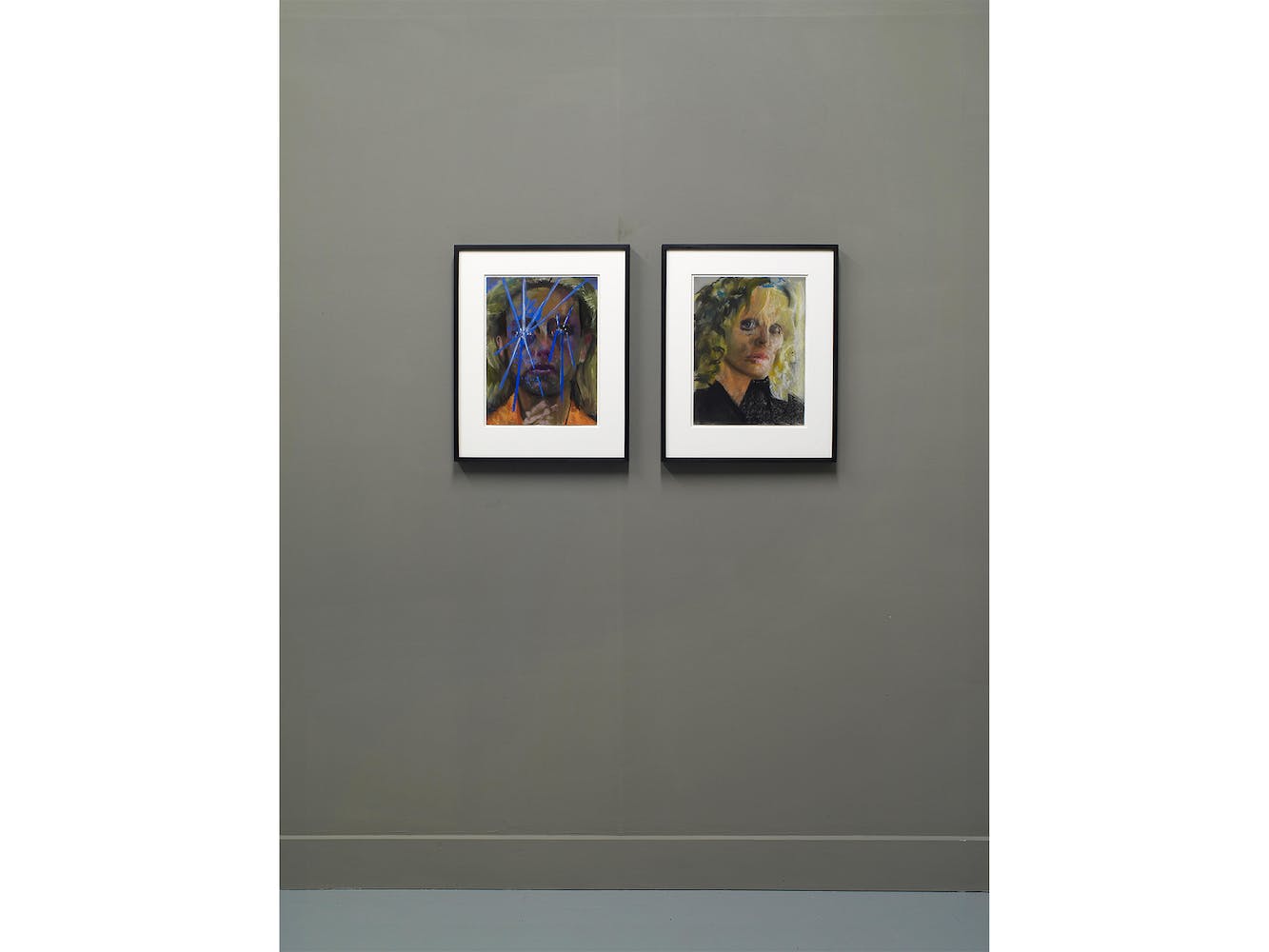 An Ecstasy of Purpose

Perhaps best known for their portraits of celebrities and public figures, Bod Mellor’s work is recognised for its pain and passion. Their work has been celebrated in the United Kingdom for its use of national and indigenous traditions while feminists admire their uncompromising depiction of the female experience and form. An Ecstasy Of Purpose is the artists’ first solo show following their presentation at the National Portrait Gallery, London.

Mellor comes from an incredibly poor family in Manchester. Their father was a banker and their mother, sensitive and troubled, committed suicide when Mellor was just four years old. During the Miner’s Strikes, the Mellor family decided to leave Manchester and the artist was sent to the south of England to live with their grandparents. She had a difficult relationship with the elderly couple, and during an argument, their grandmother revealed the truth about their mother’s suicide. Their grandmother’s own bitterness and depression deepened after the outbreak of war in September 1982. Eventually she too committed suicide. Mellor contracted polio at the age of eight, this left their right leg thinner than the left. As a way of escaping the physical pain and the harrowing noises in their head, Mellor started to draw celebrities – “I draw them as I am often alone and because they are the subject I know best”.

In 1992, at a time when British universities were restricting their lesbian student quota to 1.5% of the student body, Mellor gained admission to the Royal College of Art. This allowed the young artist to escape from their troubled upbringing. She studied painting for two years, even winning a prize before it was withdrawn “on racial grounds”. Mellor experienced some notable successes in the first years following graduation: she won second prize at the prestigious BP Portrait prize for painting of the young Jilly Cooper and this secured their a solo show at London’s Mall Galleries. Unfortunately, their success was ruined by a 10-year relationship with American actress and comedienne Whoopi Goldberg. The relationship highly abusive and resulted in a mental breakdown.

Subsequently, the French authorities sectioned Bod for their instability. Released because of their grandfather’s infirmity they returned to London and there–at the beginning of 2010– Bod Mellor commenced their great work. They began their extraordinary series of 769 pastel drawings by stating that she was driven by “the question: whether to take someone else’s life or undertake something wildly unusual”. In the space of two days, she drew over a thousand portraits, working with feverish intensity.

The work is a slightly fantastic autobiography preserving the main events of their life–their mother’s death, studying art in the shadow of New Labour, their relationship with Goldberg–with altered names and a strong element of fantasy. This series of drawings is an extraordinary and unique document of their mental sickness. In great detail, it tells the story of Mellor’s family and friends, their own internal struggle, the political background and their obsessive love affair. Although their story is full of tragedy, Mellor maintains a sense of humour, wit and self-awareness.

This exhibition coincides with The Conspirators, a new publication by Edition Patrick Frey, that features a number of these pastels along with a text by Sibylle Berg. 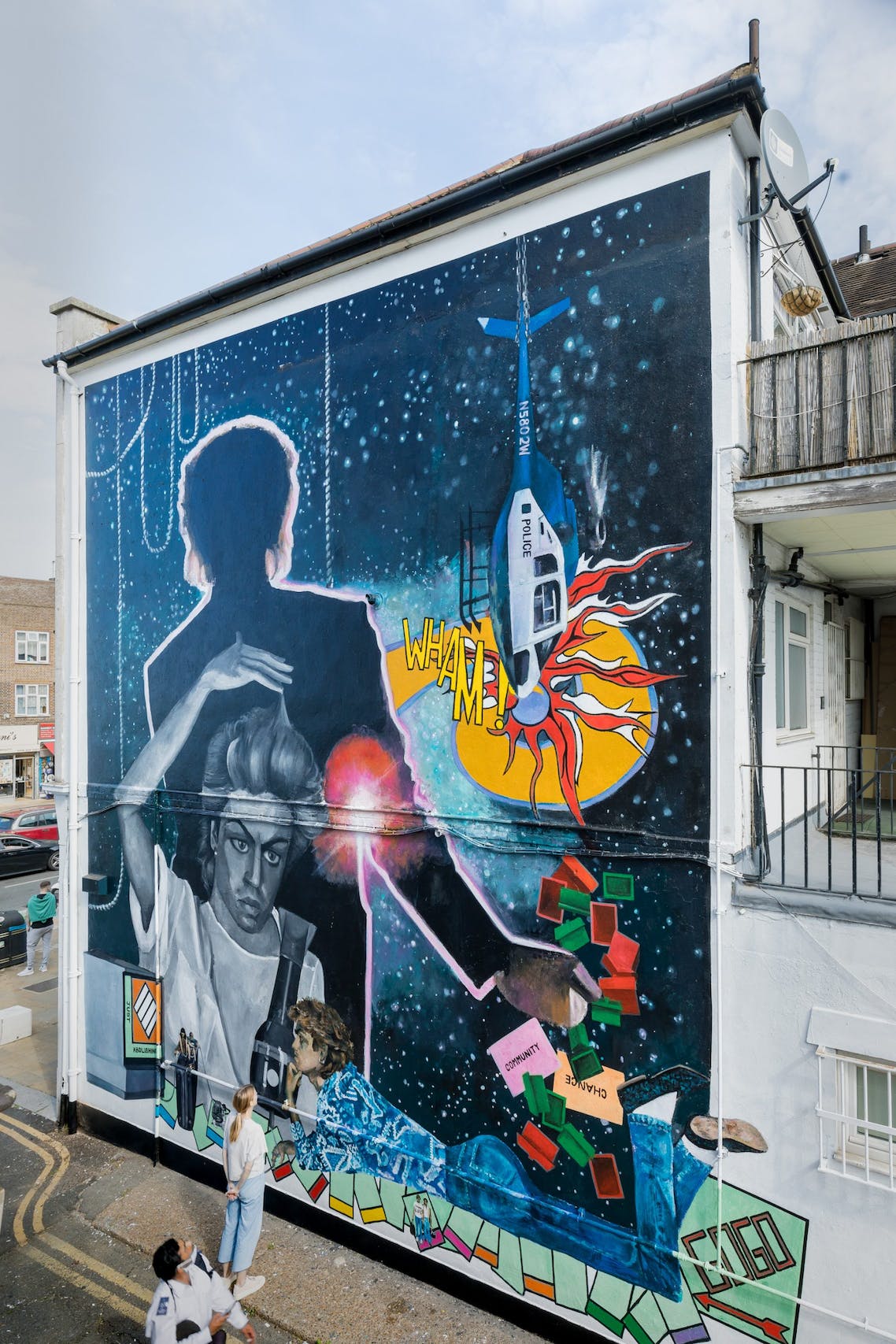 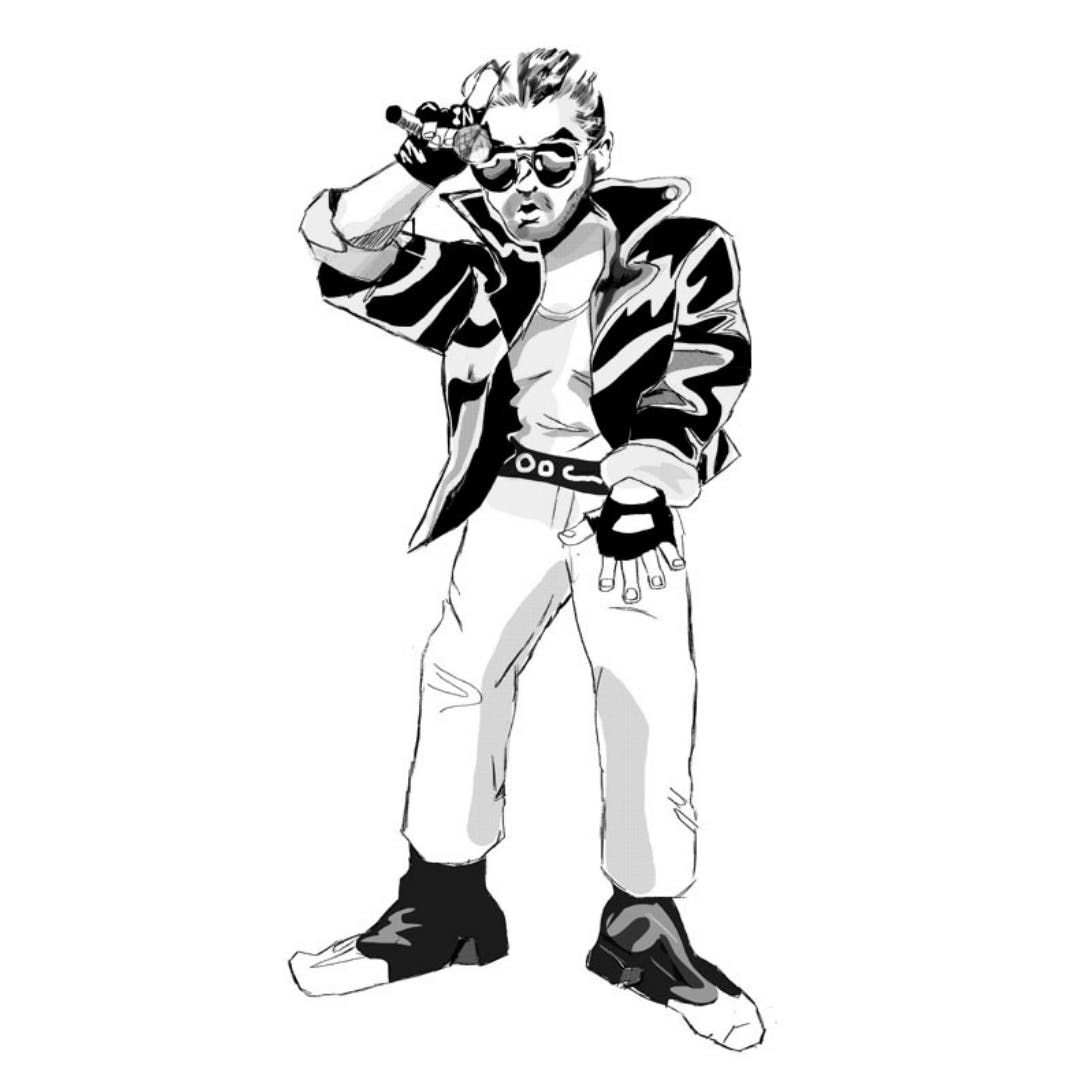