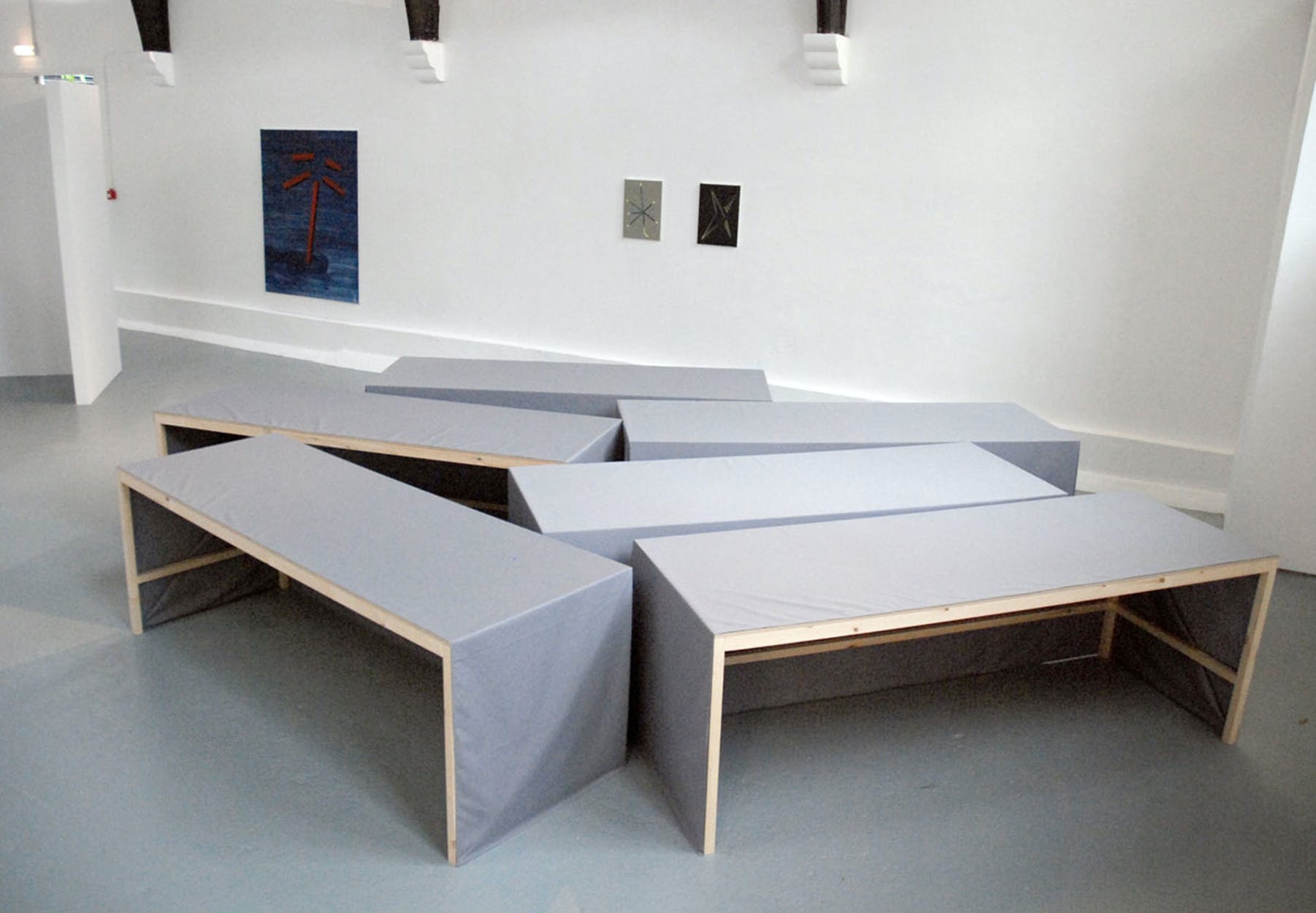 ​Studio Voltaire presented a three-person exhibition of new works by Alistair Frost, Simone Gilges and Matthew Smith. Although the artists each displayed an autonomous body of work, their shared approach deals with a variety of media, exploring signs and codes, and playing with (dis)associations, meanings and hidden narratives.