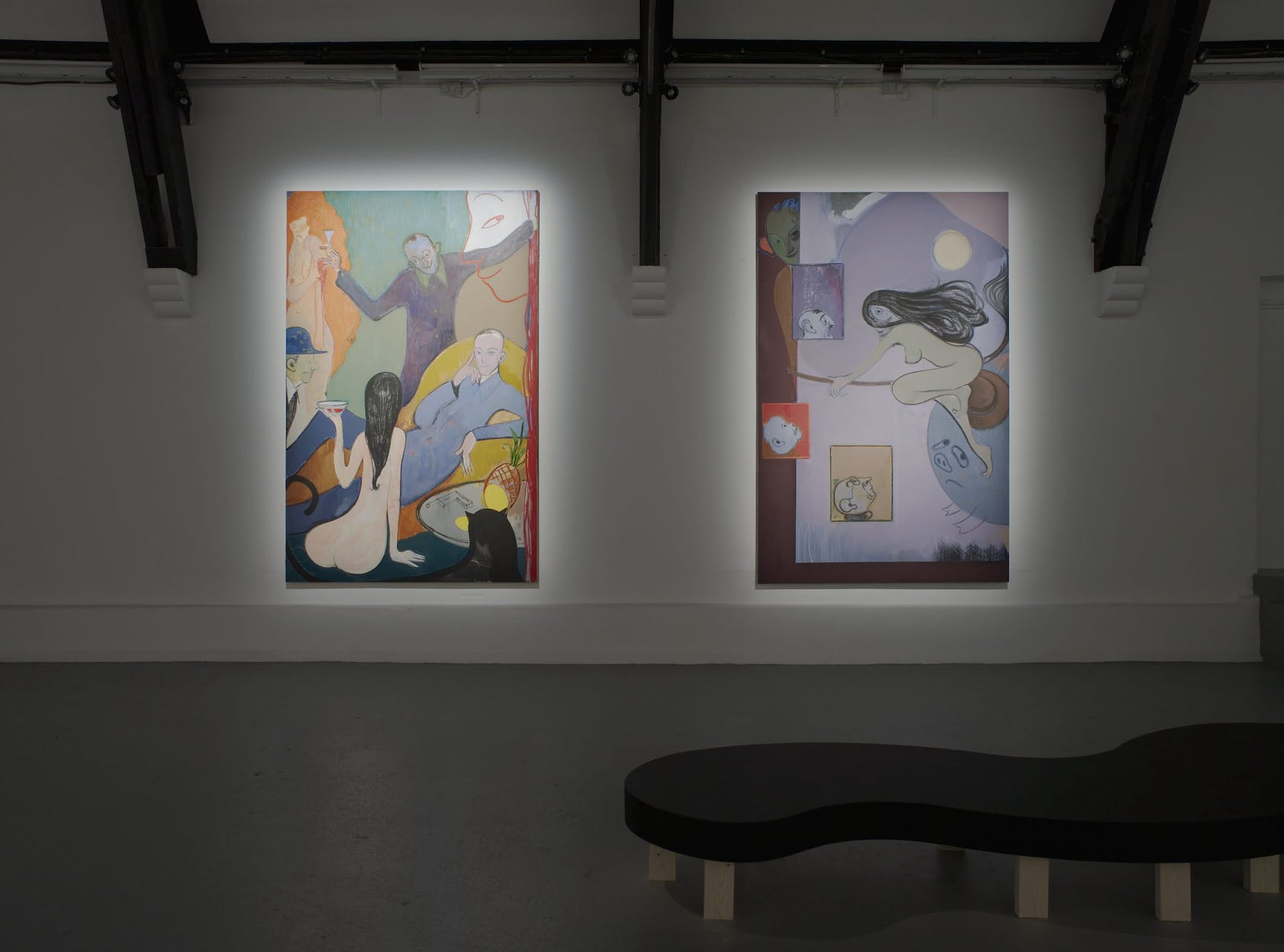 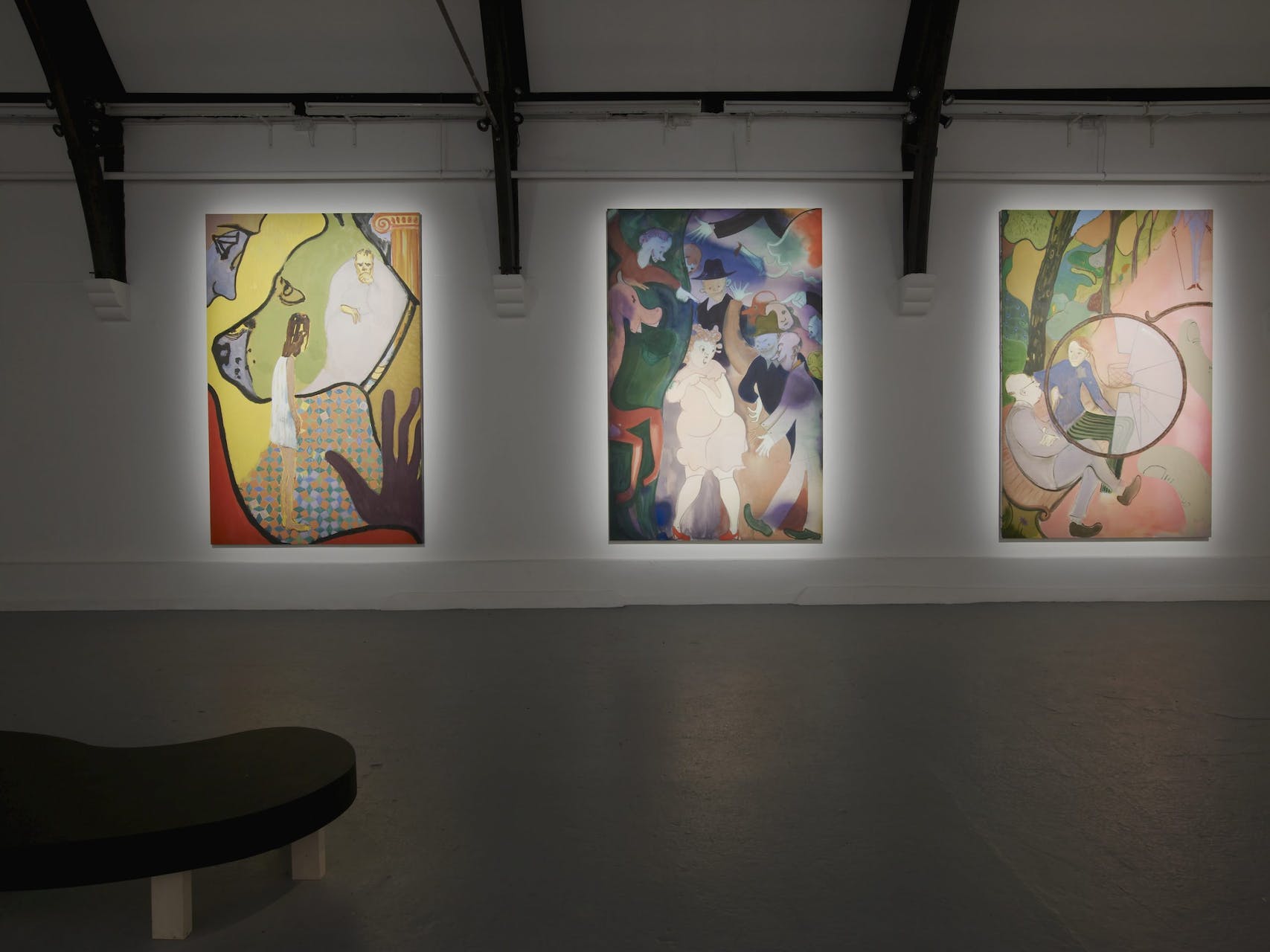 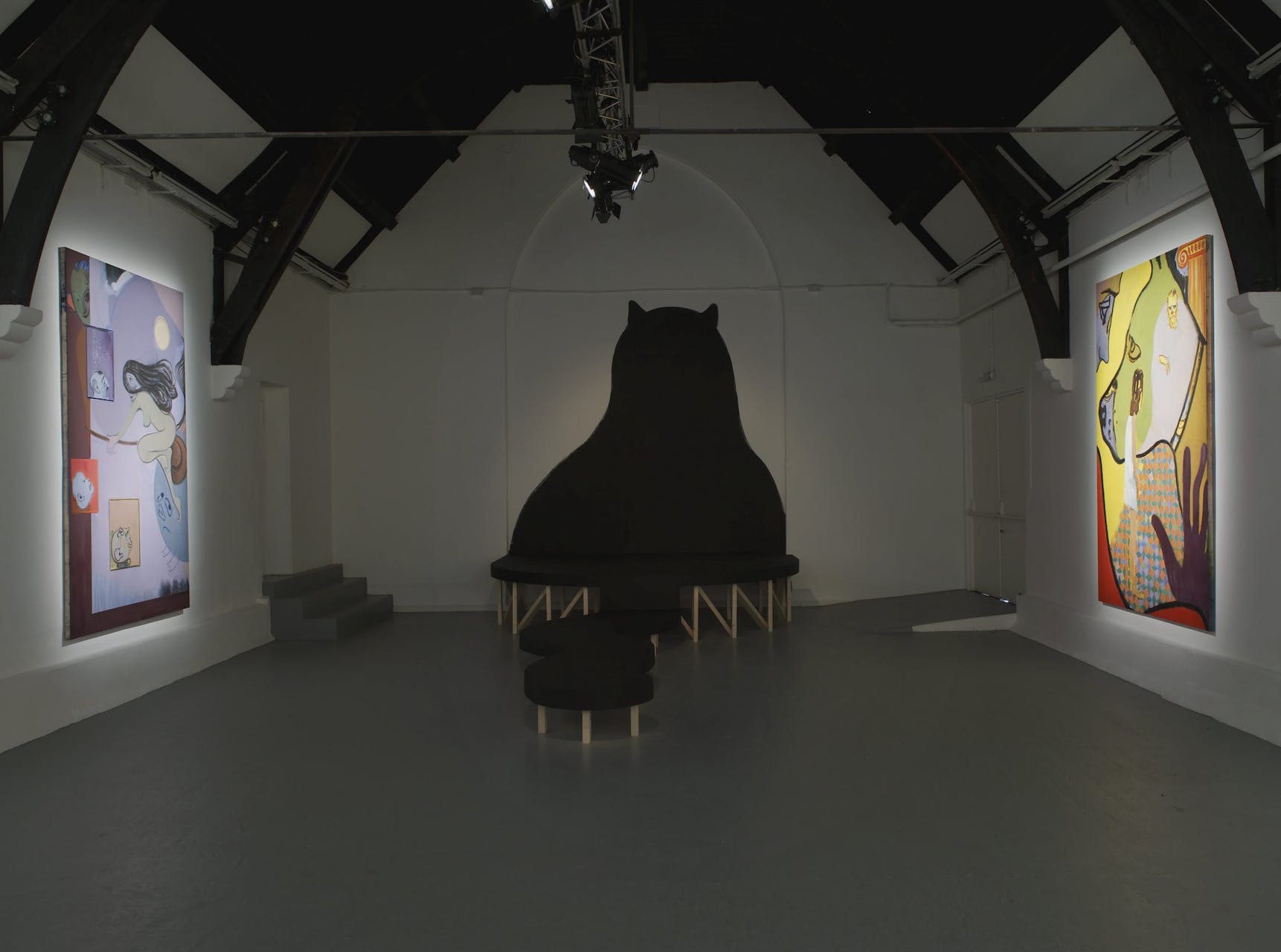 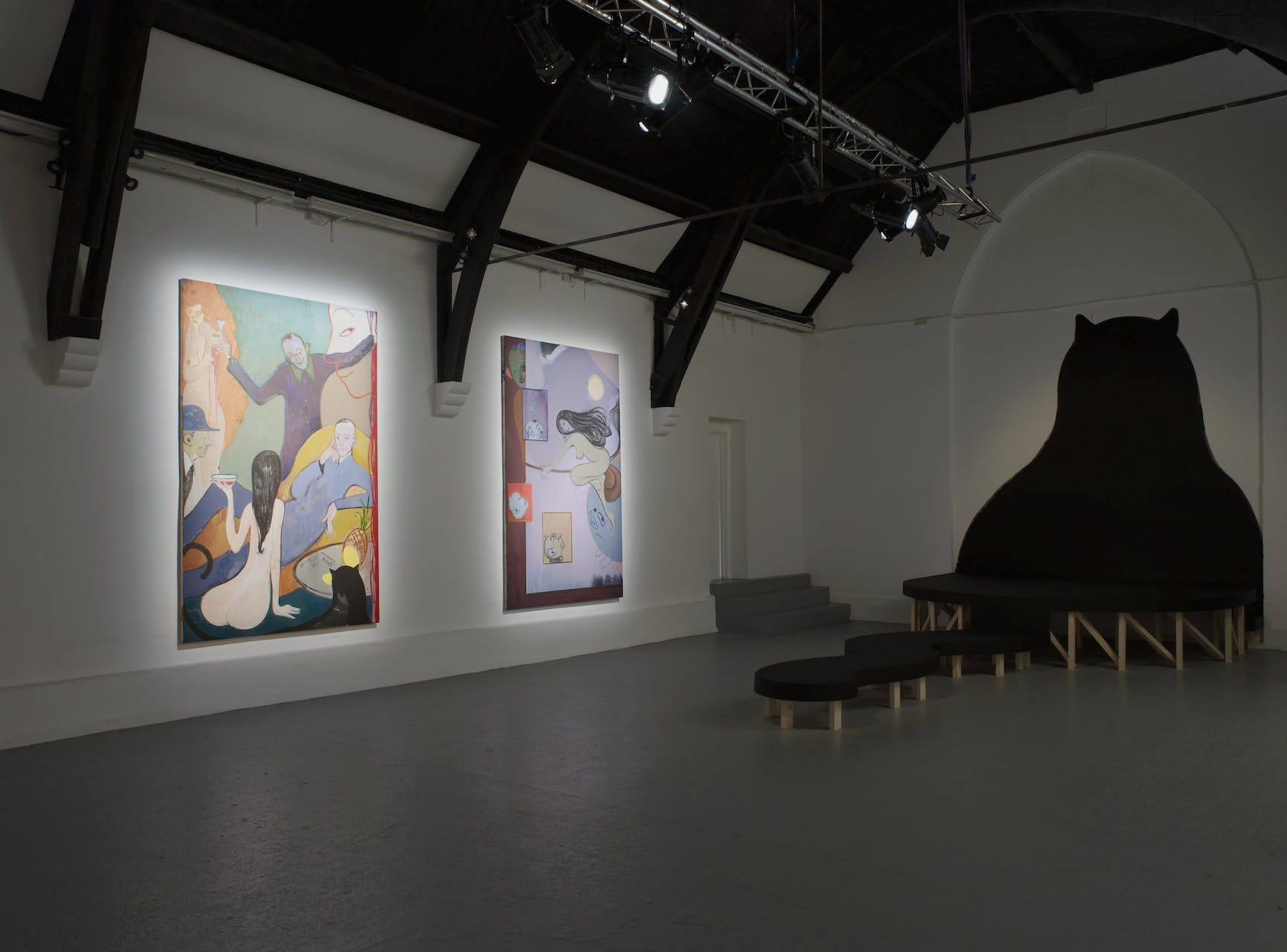 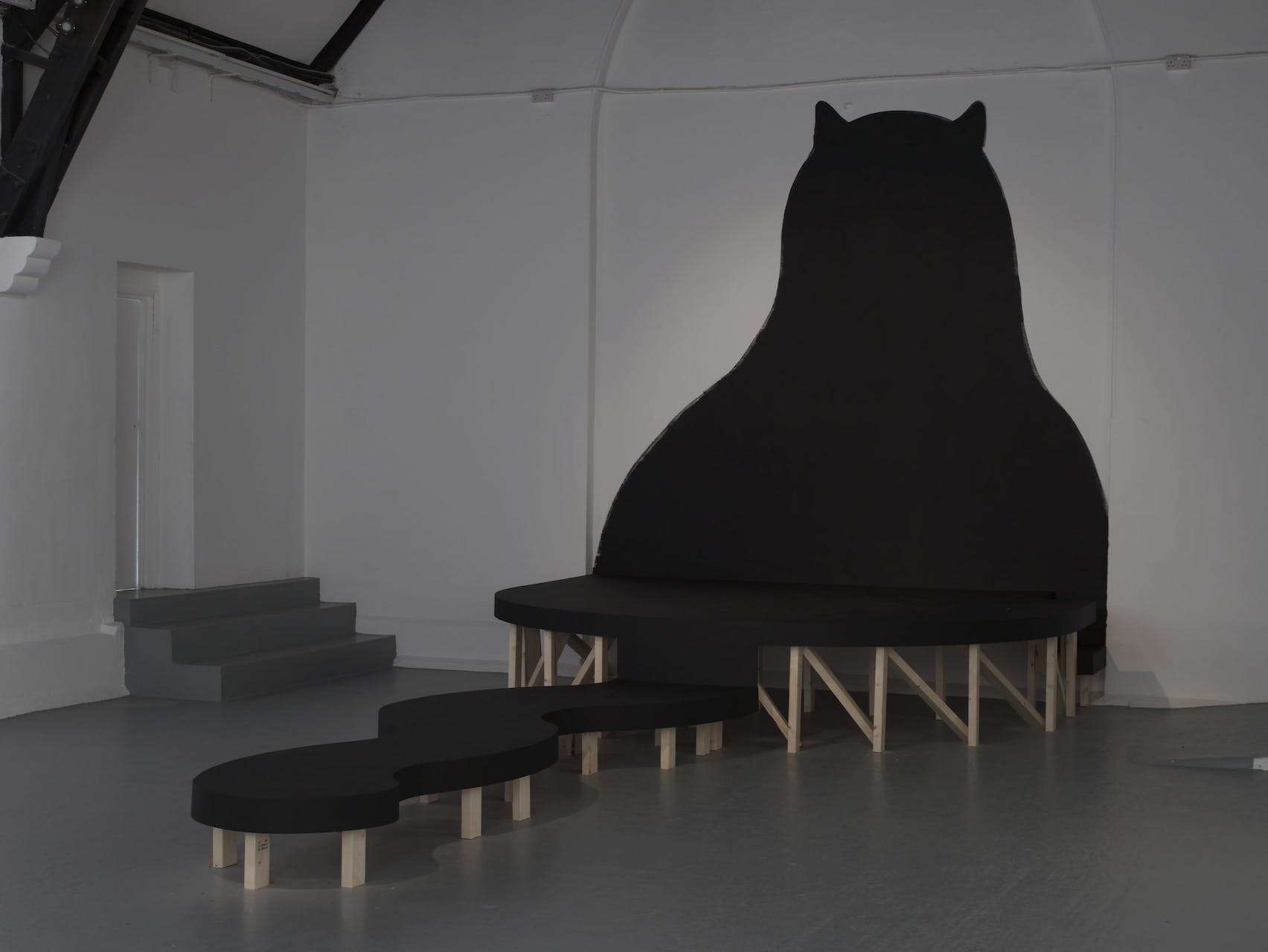 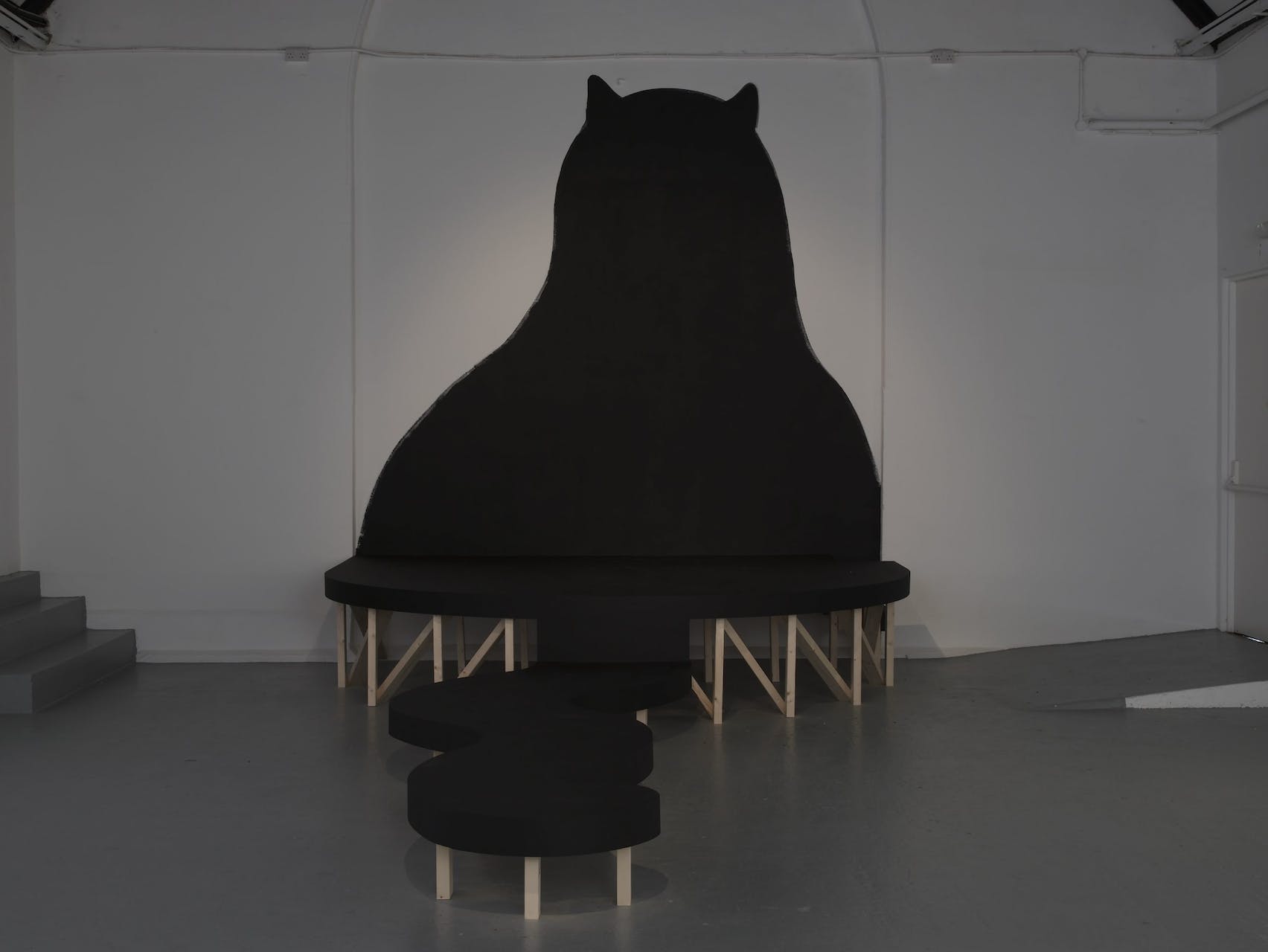 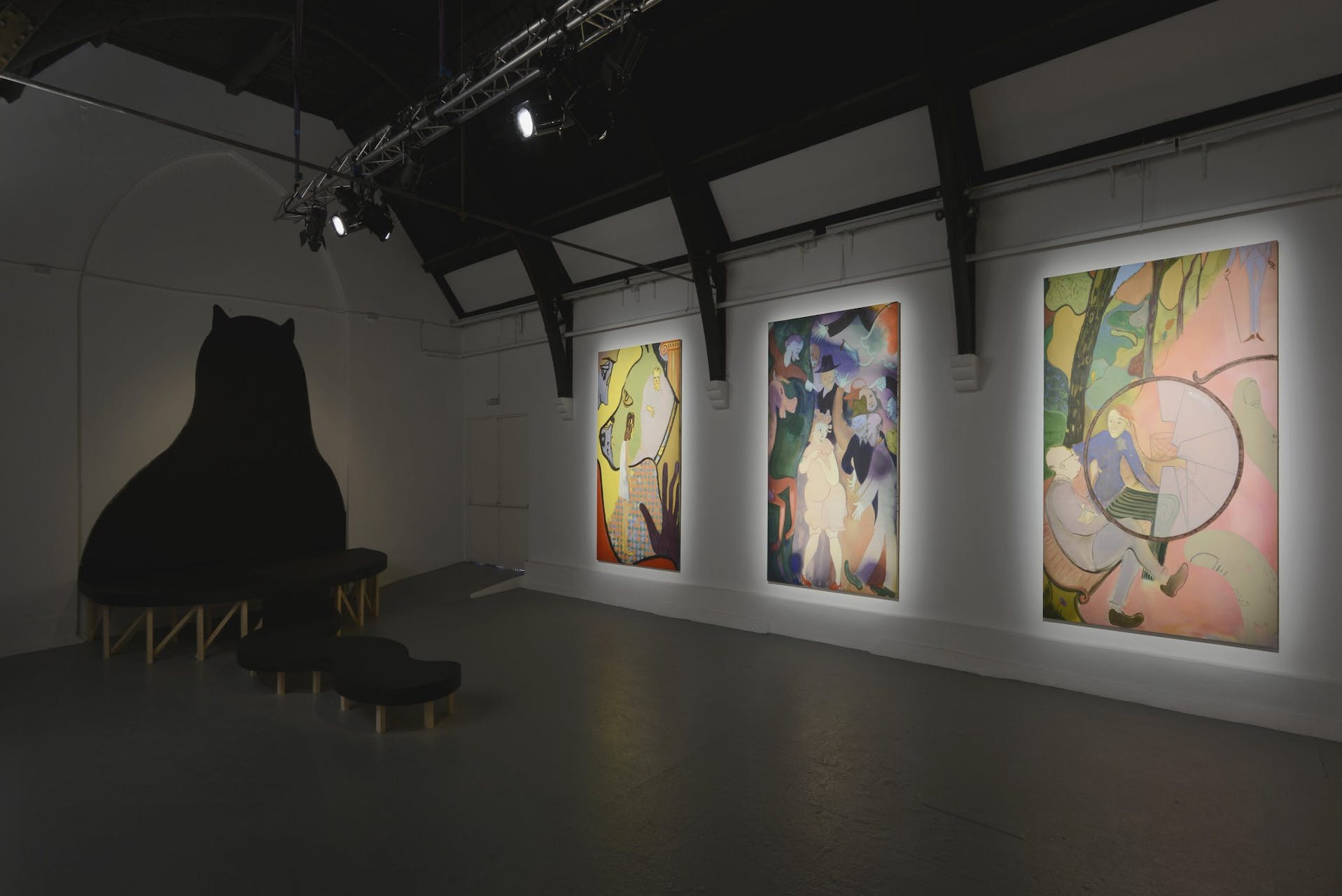 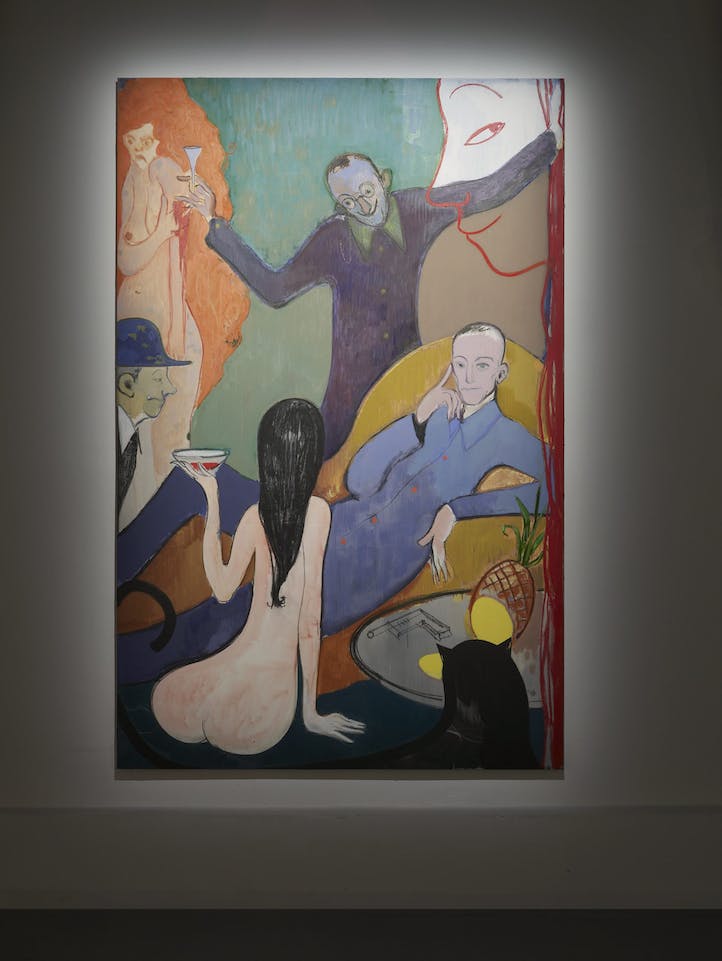 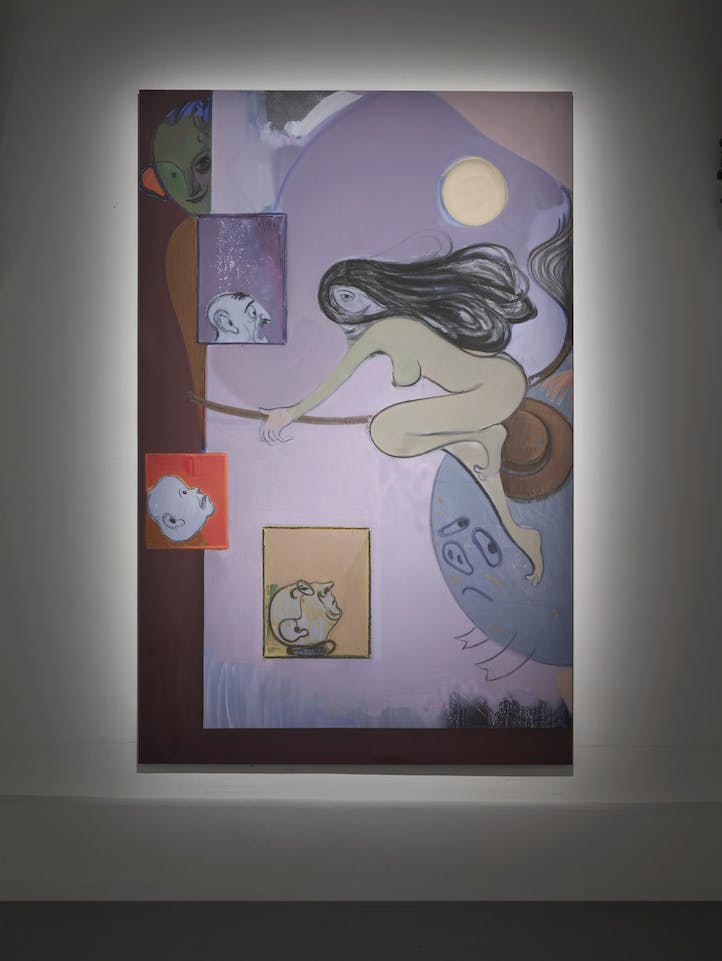 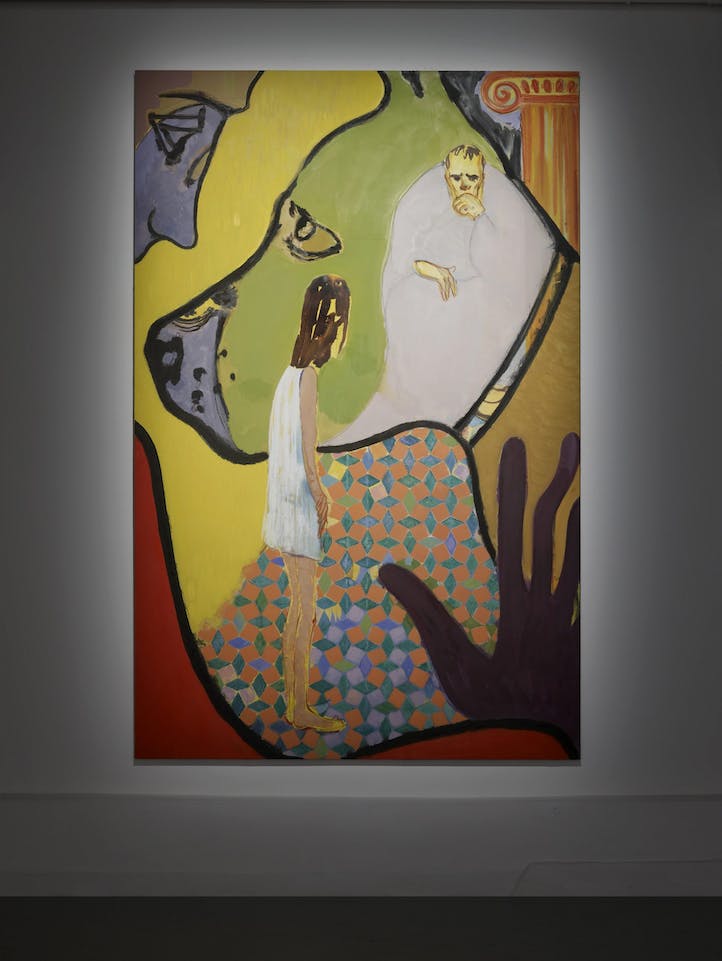 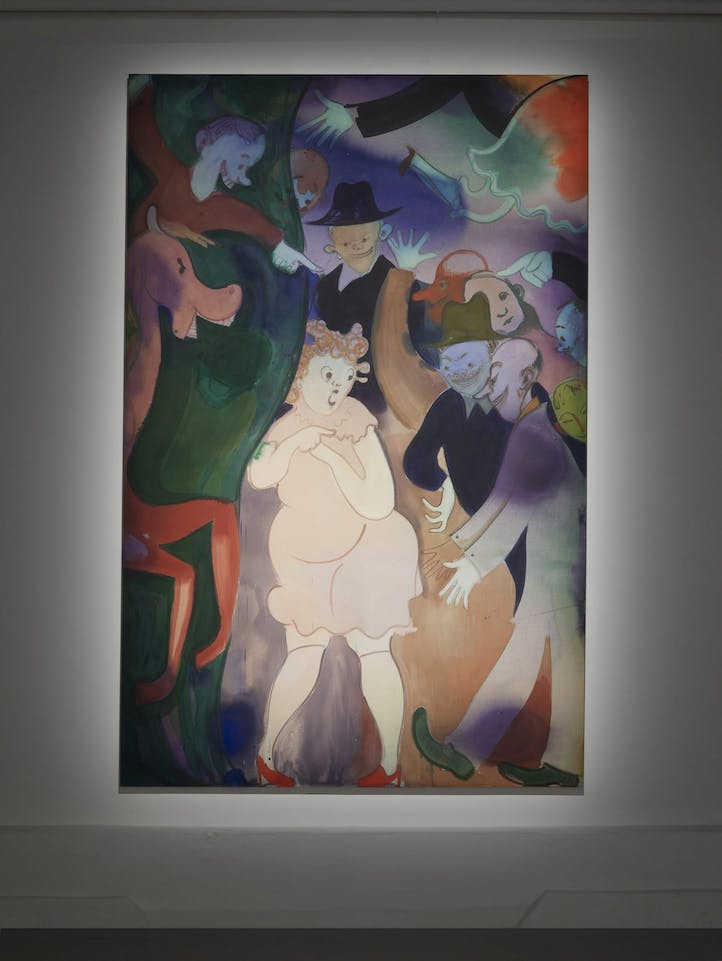 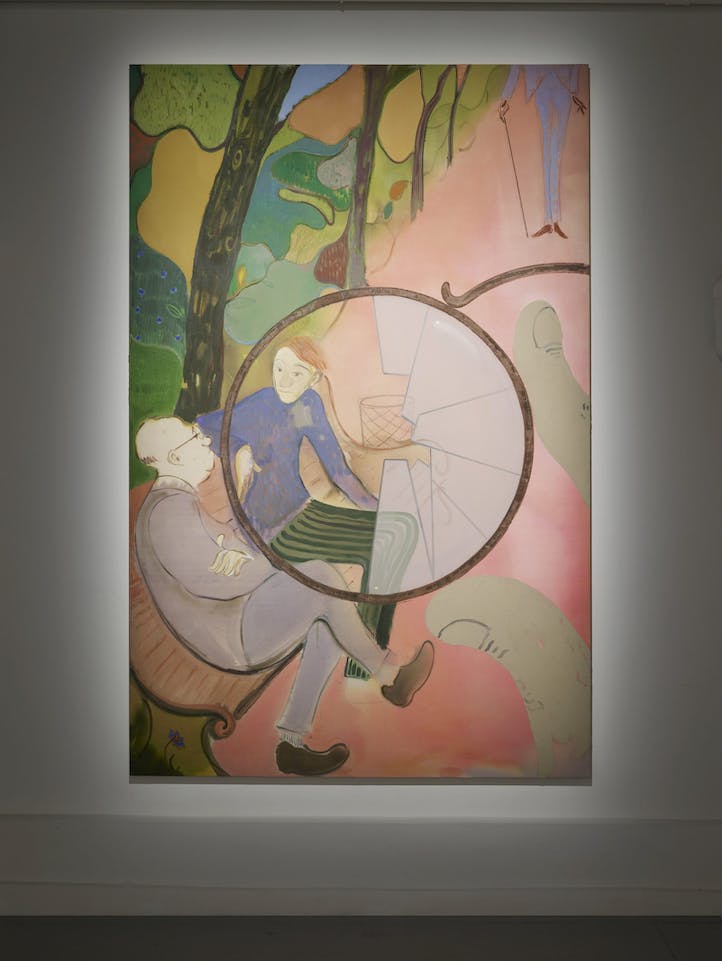 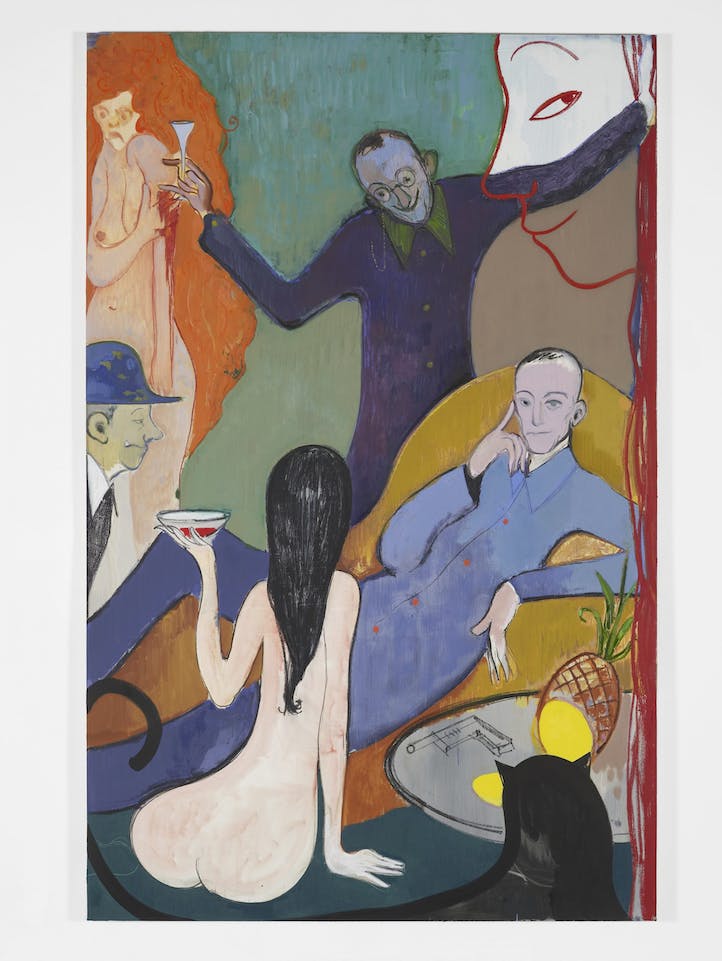 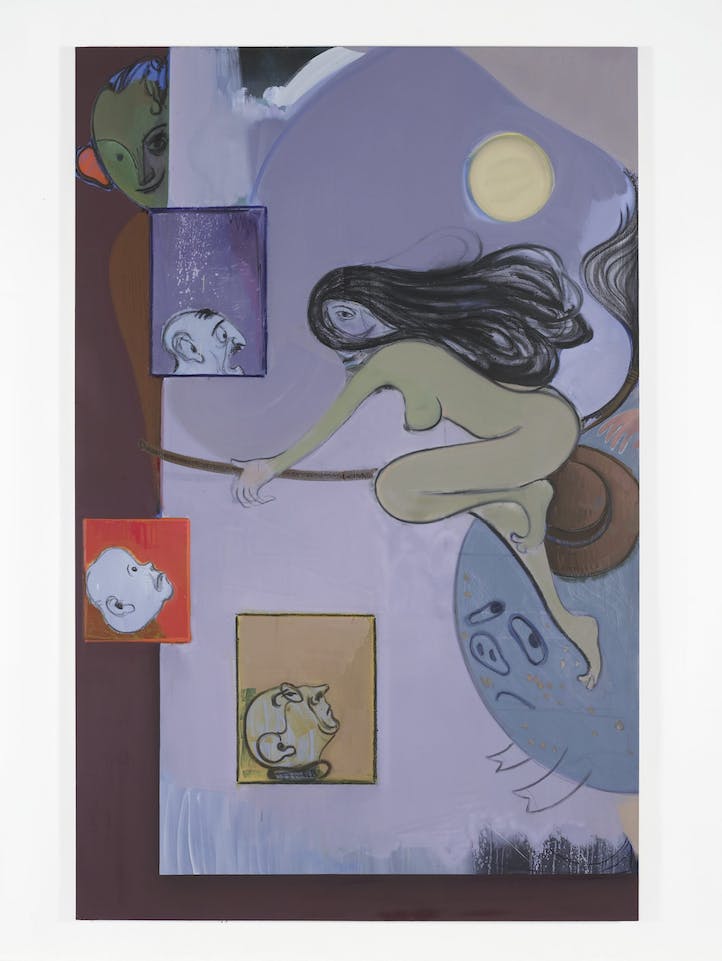 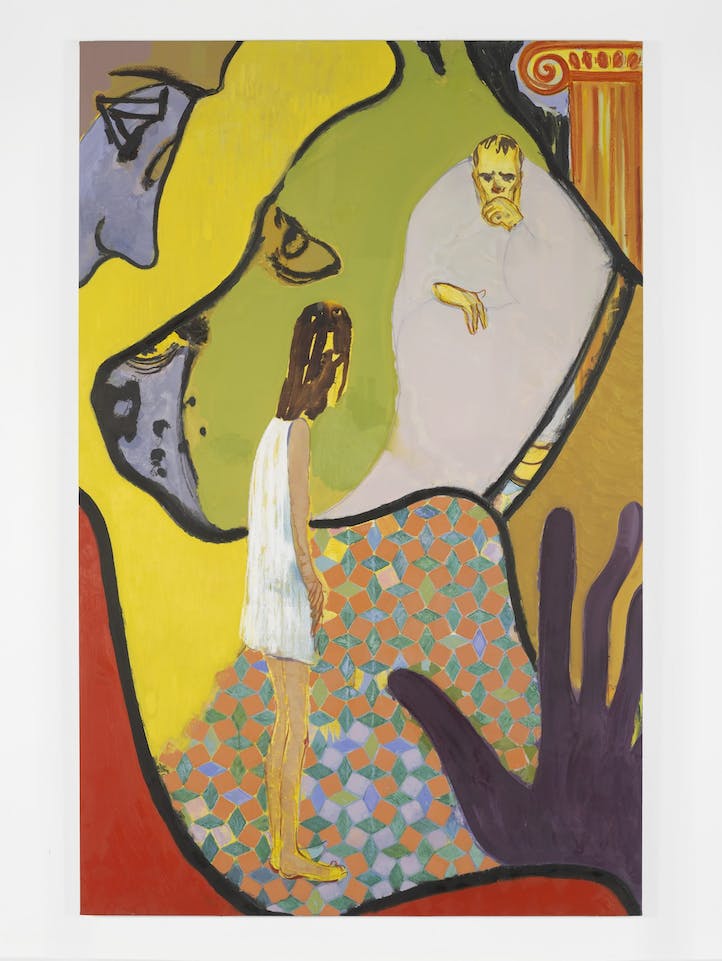 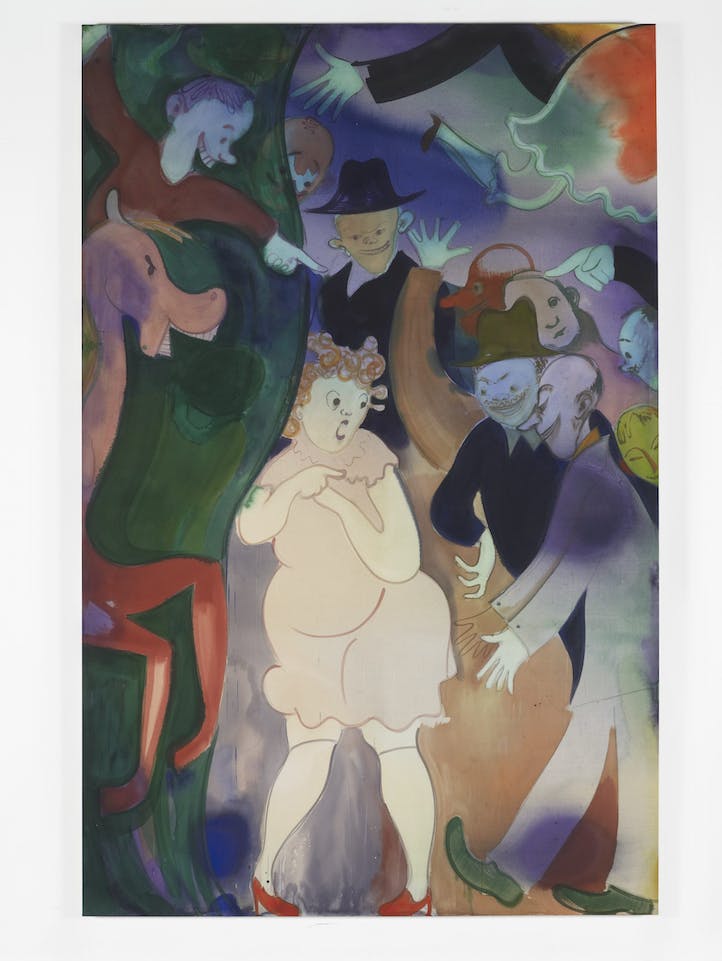 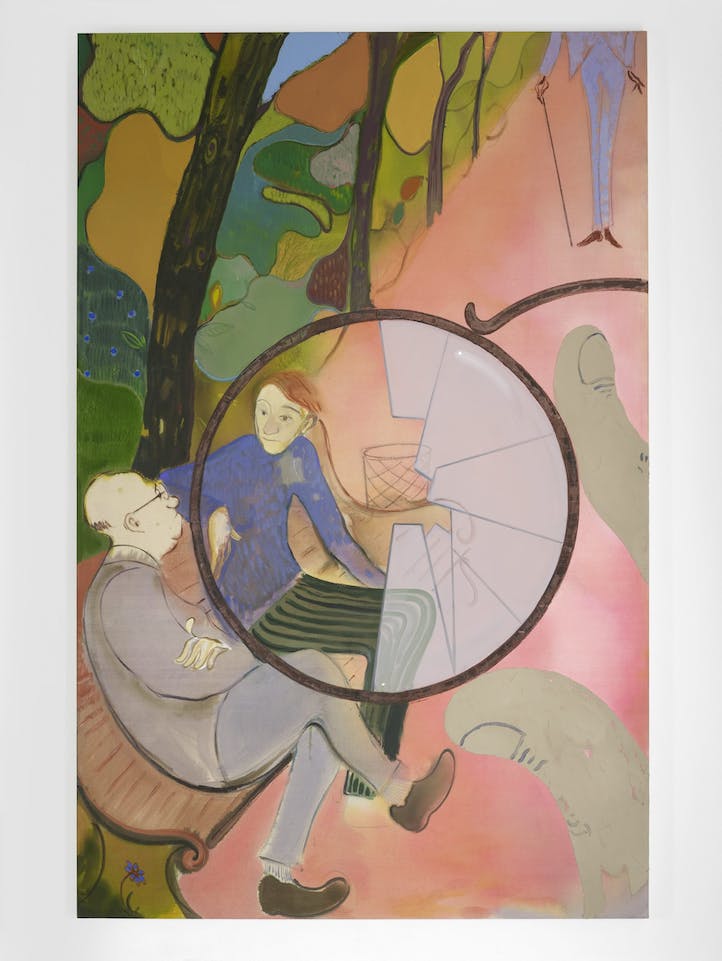 ‘Well what have you got?’ asked Berlioz.
‘Apricot juice, only it’s warm’ was the answer.
‘All right, let’s have some.’
The apricot juice produced a rich yellow froth, making the air smell like a hairdresser’s.
– Mikhail Bulgakov, The Master and Margarita

Apricot Juice takes place around two distinct parts – a language and movement-based performance by Misevičiūte and a group of five large-scale paintings by Kantarovsky. The exhibition departs from Mikhail Bulgakov’s enigmatic masterpiece novel The Master and Margarita, a narrative woven around a visit by the Devil to the aggressively atheist Soviet Union. Written between 1928 and the author’s death in 1940, the novel has become one of the most potent and critical works of Russian literature of the 20th century.

During two live performances Misevičiūtė interacted with the immediate surroundings of a cat shaped stage placed in the nave of the former chapel, a prop that was built to conjure the form of Bulgakov’s demonic feline character Behemoth. Together with the paintings, scaled and lit in response to the original function of the chapel as a place of worship, the installation invoked the Christian metanarrative within The Master and Margarita.

The genesis of the collaboration between the two artists consisted of a series of gesture drawings and character studies of Misceviciute in Kantarovsky’s studio. The final paintings, indexical to Miscviciute’s body, mirrored chronological scenes from the novel. In turn, Miscevicute re-appropriated the paintings as a departure point for building a layered movement and language based performance, eventually closing the collaborative loop by engaging with the paintings hung in the gallery space. In effect, the process allowed both artists to consider the content of The Master and Margarita at length, coalescing and diverging their practices in the process.

The resulting event, ad absurdum, considers a possibility of a space between literature, painting and theatre, in which secular skepticism can momentarily dissolve into belief.