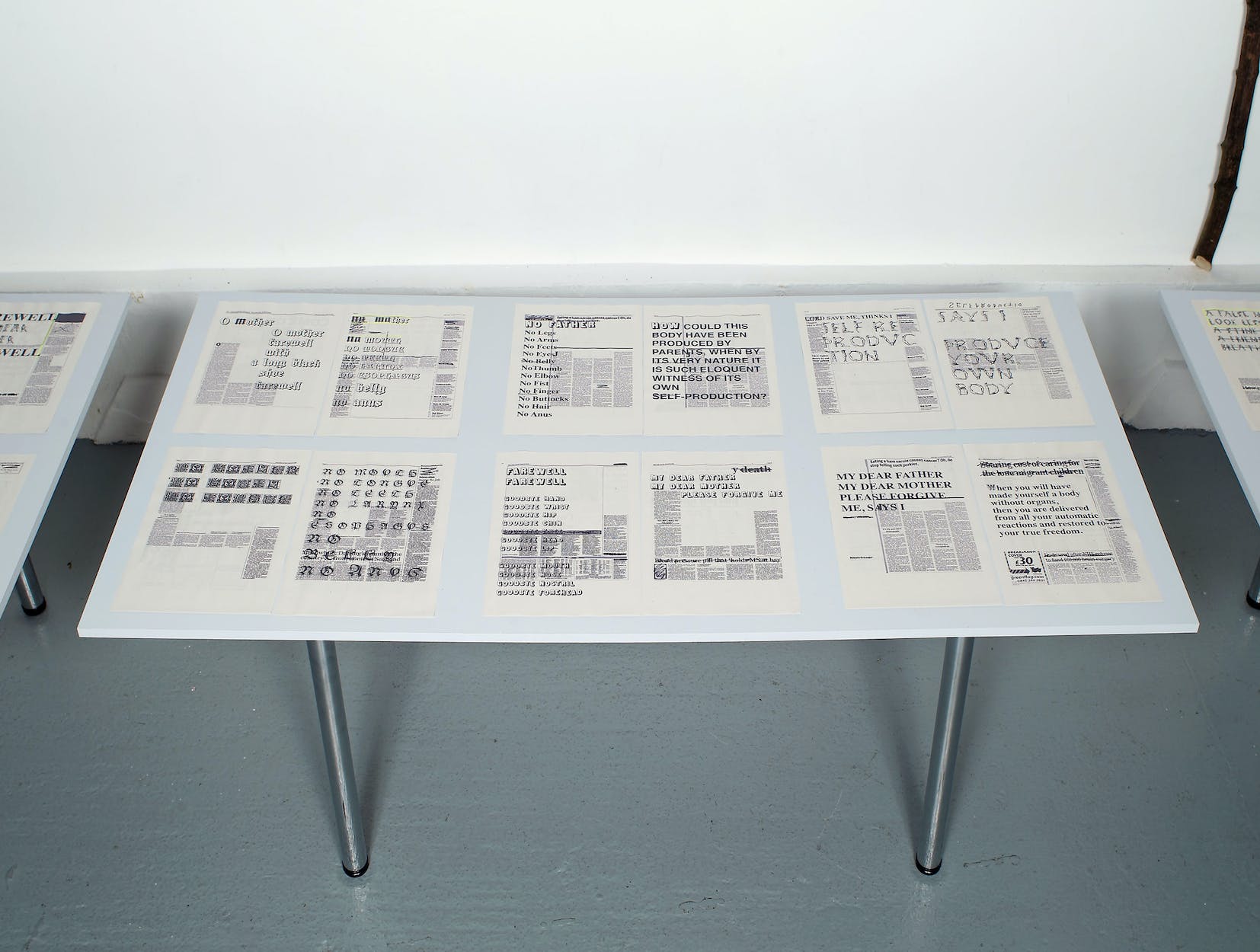 ​Studio Voltaire presented a new commission by the Danish artist Henrik Olesen. The exhibition was the artist’s first solo exhibition in the United Kingdom.

Olesen questions the politics of sexuality through architectural interventions, sculptures and collages. Of particular importance is his interest in social minorities and related problems such as ostracism, stigmatisation and criminalisation. The formal theoretical vocabulary of his work looks from art historical references to the reduced aesthetic of minimal and conceptual art.

A recent body of work refers to the British mathematician and scientist Alan Turing (b. 1912 – d. 1954) who is often considered the father of modern computer science. A somewhat tragic figure, Turing was criminally prosecuted for committing homosexual acts and, given the choice of imprisonment or ‘corrective treatment’, was given a course of oestrogen hormone injections as a means of chemical castration. This essentially ended his career and led to his suicide. Developing out of Olesen’s interest in sexuality and criminality, the work also extends his interest to identity and body politics.

Supported by The Danish Arts Council/ The International Committee for Visual Arts and The Henry Moore Foundation. With kind assistance from The Embassy of Denmark, London; the Goethe Institut, London and Galerie Daniel Buchholz, Berlin/Cologne.