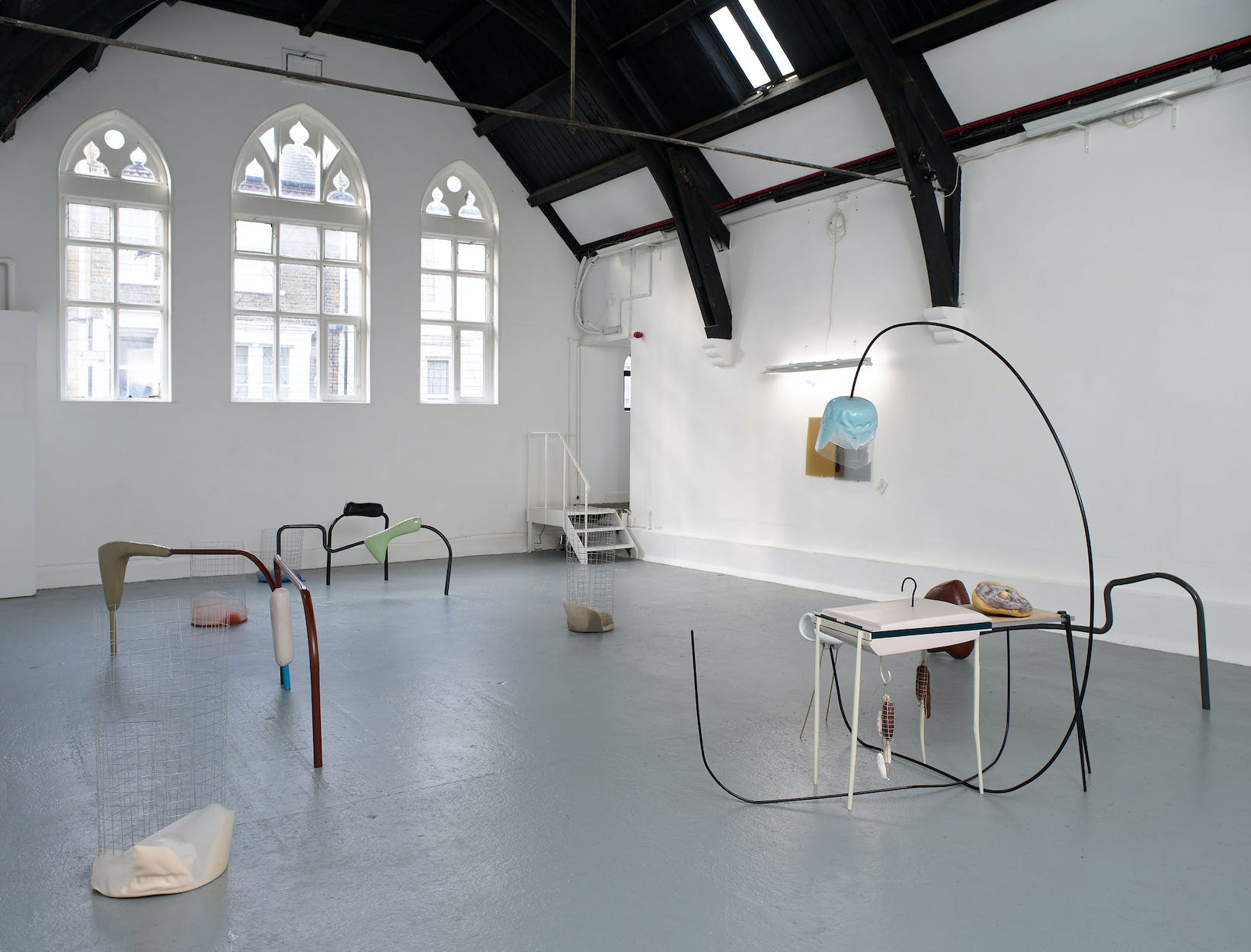 Studio Voltaire presented a new commission by the Berlin-based artist, Nairy Baghramian. The exhibition was the artist’s first solo presentation in the United Kingdom and followed a year-long residency in London made in collaboration with the Berlin Senate’s Cultural Affairs Department, the Whitechapel Gallery and Studio Voltaire.

In her sculptures and installations, Nairy Baghramian often uses modernist design, literature and theory to explore social and political relationships. Central to her exhibition at Studio Voltaire, the artist created a new body of sculptural work, a conversation between a group of protagonists. By using forms that refer to functional objects–a meat bench, waste paper baskets, a salon hair dryer–particular professions are suggested. The allegorical nature of the works highlight Baghramian’s interest in ideas of labour, employment, identity and social space. This preoccupation is partially influenced by Karl Marx and Friedrich Engels’ The German Ideology (1845) which offers a utopian vision of divided labour – one could be a barber in the morning, a butcher in the afternoon and a thinker in the evening. The work also raises questions about the role and status of the artist and ‘the others’ in a world of precarious professions.

Working at the threshold of design and sculpture, Baghramian has made a number of projects engaging with interior architecture. As a part of the exhibition at Studio Voltaire, there was a series of sculptures that invited the audience to sit, rest or lean on them, to join in on the conversion happening between the central characters.

As a part of The Schinkel Pavillon programme at Berlin Biennale 5 (2008), the artist collaborated with the designer Janette Laverrière (b. 1909, Switzerland). The pair created a display structure that housed a number of Laverrière’s design objects. The display structure elaborated on the particular non-functional elements central to Laverrière’s practice, such as literary and historical references, bringing out different political and social resonances within the objects.

This exhibition is a part of The International Residency Programme, in partnership with the Berlin Senate’s Cultural Affairs Department and the Whitechapel Gallery, London.